Brief History of Branding, from cattle to Apple 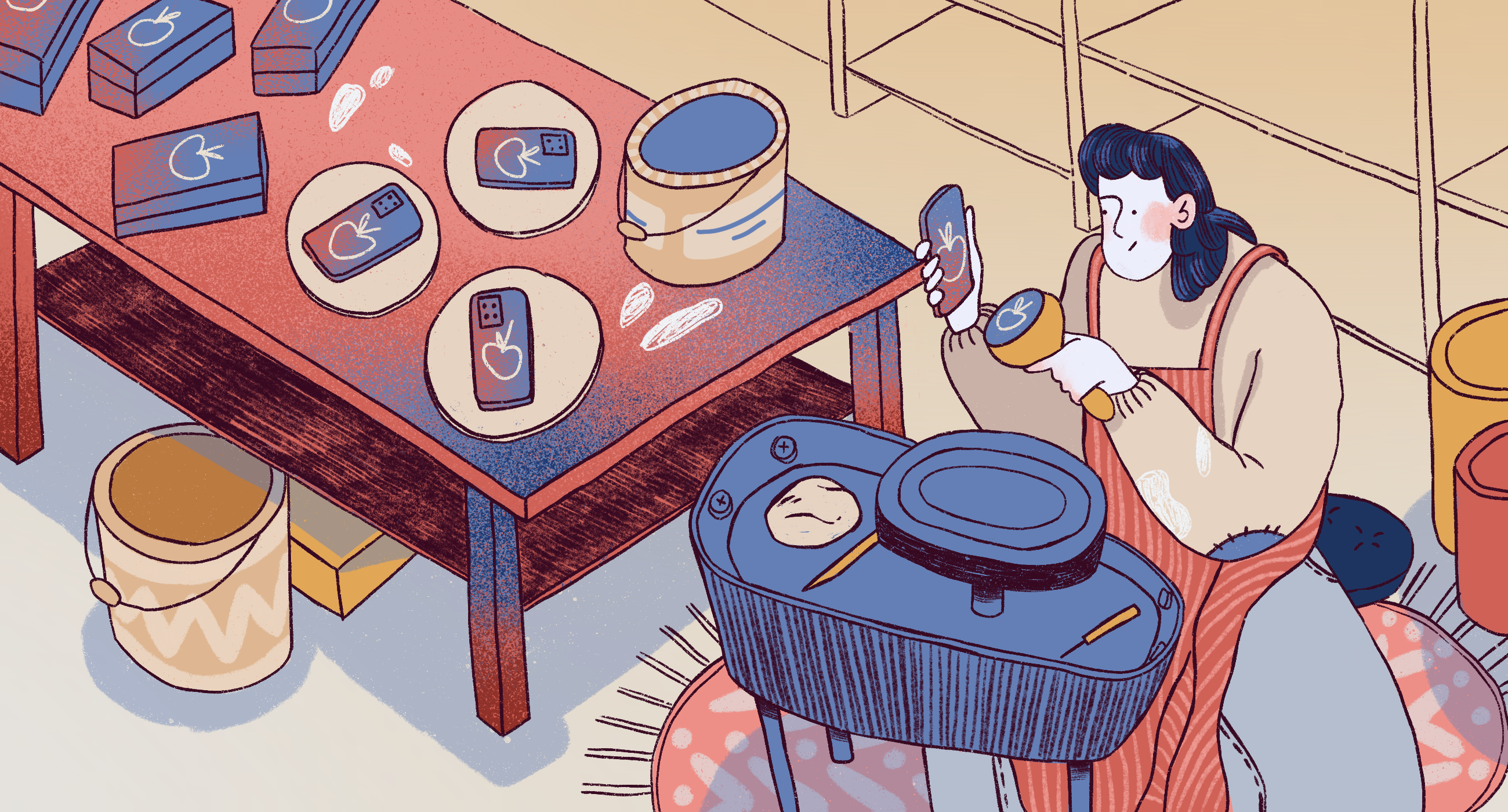 The entirety of branding history, from its inception to branding today

Branding has been around with us ever since there were two similar products, even if we came to define it fairly recently. We begin with mere brands on cattle to signify ownership, all the way to branding today, that gives the product an image and creates a relationship between the audience and the product. We’ll do our best to talk about something that informs our perception of things without bringing up any poststructuralists. Unfortunately, we’ll have to go through thousands of years at the speed of light: this story is long, and any more in-depth reporting would’ve turned this longread into a hefty tome.

The prime goal of branding is to identify the product and separate it from the rest. Back in the day that boiled down to marking the ownership, and then to show who created the product. These goals could be fulfilled with a simple stamp, e.g. on the bottom of a clay pot, and now two pots from two different masters are sufficiently different. It’s a true and tried practice that is still upheld in some B2B markets to this day, where the only difference between brands is in their logos.

The word "brand" comes from Old Norse "brandr", which means "fire" and "swordblade" (to be fair, a lot of words in Old Norse meant something and also a weapon). To brand cattle was a common practice since roughly 3000 B.C. in Ancient Egypt, and somewhere around the 15th century is when we began to use the actual word "brand" for it. The Middle Ages did a lot for branding, and we don’t mean The Bud Knight.

The seals, the crests, the coats of arms — all of those are precursors to contemporary logos. Logos now serve different functions and nowhere near as ornate, but the symbolism was there. A big step from simplistic engravings.

The industrial revolutions in its consequences, among other things, created brands as we know them today. 19th century is when the first trademarks were registered, starting with Bass Pale Ale, but also Guinness, and of course, Coca-Cola. For the first time in history, competition is real, it’s here, and so are the mediums for advertising. Branding began with the first trademarks and newspaper advertising.

With markets exploding came a need for professional branding. We can’t say exactly who came first here: there were no "branding agencies" at the time, it was all advertising agencies. The first of which was William Taylor in 1786. Ogilvy (then Mather) was founded in 1850. N.W. Ayer & Son opened in 1861, McCann (then Erickson) was founded in 1902. Yet until the 20th century, they were rather niche, mostly operating as a middleman between companies and newspapers — at their inception, the ad agencies only bought up the ad space in the newspapers and then sold it to companies at a markup. Only at the beginning of the 20th century did the agencies began to provide the full range of services: planning, creating, and executing ad campaigns.

One important date we can note is 1901, when James Walter Thompson published The Thompson Blue and Red Books of Advertising. Among other things, it expanded on "trademark advertising", which we now know as branding.

Radio advertising began in the 1920s. The first paid radio commercial was broadcast in New York in 1922 on WEAF. The Hawthorne Court Apartments in Jackson Heights paid $50 for ten minutes of airtime, and the floodgates were opened. What followed were the radio days, with soundbites, jingles, Transatlantic accent. Then seen mostly as simply the new avenue for advertising, it was the first time brands had to adapt their message to a whole new medium. At the time, it was the biggest single change to branding and advertising since the invention of the printing press. And then TV killed the radio star.

The first ever TV commercial aired on July 1st, 1941. The commercial for Bulova Watches lasted 10 seconds and was seen by about four thousand people. The economic boom came in the 50s, and led to the advertising boom, exacerbated by TV. With massive budgets for commercials, agencies grew bigger, with more and better advertising forced the competitors to spend more on it, creating an obvious cycle. Markets are exploding. There are new products on the shelves every day, most of them near identical, the term "brand management" is finally in use. And how do these products differentiate themselves from one another? With mascots.

This is where branding really became what we know it today. With all the newfound purchasing power in an unprecedented economic boom, while most products are of more-or-less identical quality, branding was no longer just about identifying the product and its qualities. It became about the image, the status, and the sense of belonging.

[...] very modern and American type of ambivalence, a sort of interior war between your deep need to believe and your deep belief that the need to believe is bullshit, that there’s nothing left anywhere but sales and salesmen.

The economic boom, that made too many people in the western world think "things are just going to be good from here on out", had ended. Then there were the Cuban Crisis, the JFK assassination, and the rest of the dreadful 20th century. Meanwhile, the brands had deeply entrenched themselves into pop culture.

And how do different brands stand out on massive markets while plenty of potential customers are completely disillusioned? Apparently, they don’t. In the 2010s, the creative industry, somehow, led itself into homogeneity.

The simplest explanation is the rise of digital products. The online kept becoming bigger and bigger share of the market for everyone, until it forced their hands and they came up with more screen-friendly logos. The other explanations are depressing. Luckily, this homogeneity seems to be on the way out. For better or for worse, it might be replaced with nostalgia.

Since the fifties, the branding hasn’t changed at its core. It had the same goals and the same targets for the past seventy years. But the last few decades, the mediums changed, and changed again, and kept changing, faster and faster and faster. In the mid-20th century, a big company had to think about rebranding maybe once a decade. And only just think about it, not necessarily do it. Today, a company needs to update itself every couple of years. All the while there are new marketing channels cropping up all the time, and you have to adapt your message to them. A decade ago, no one really bothered branding on Instagram. Branded content on TikTok is nearly brand new. The branding cycle keeps on getting faster and faster.

And the focus on emotions over the product keeps getting bigger. Now you don’t even have to have a physical product — of course, online sales of music and films and software aren’t anything new, but — there’s digital clothing. If even five years ago you told a friend that you bought digital clothing, they would assume it’s a shirt with a screen on it or something like that. Then you’d explain that digital clothing is entirely digital and he can only check it out on your socials. To that, he would probably say something we can’t put in print, and then say something about Emperor’s New Clothes, and you’d have to resort to "You just don’t get it, Derek".

For decades now, branding has been more about the image and the perception than the product, with the gulf between the two growing bigger. Today, branding has to adapt to the new channels all the time, and the medium is what defines the message. Branding isn’t going to be fundamentally different anytime soon. But the details change every day.