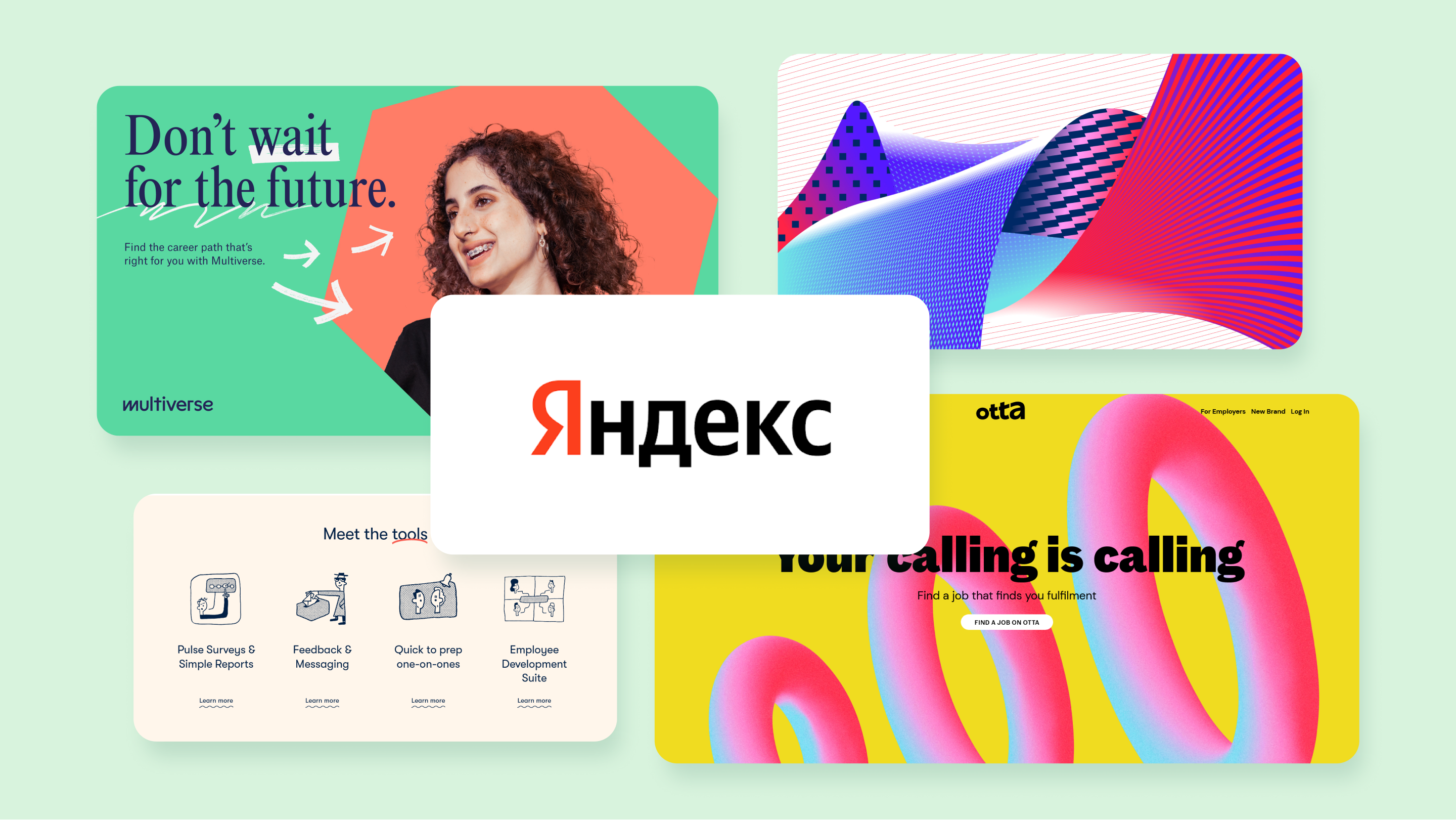 March was full of interesting updates for hr-tech and ed-tech products: WhiteHat hanged the hat and became Multiverse, Otta is an energetic HR, Australian Deputy stepped away from an authoritative logo, Officevibe got warmer, and Coder got softer. And there were also some interesting projects in Russia: rebrand for Yandex and for Yandex.Cloud in particular, and a bold new style for ABBYY.

After getting Series B London ed-tech WhiteHat had a rebrand and turned itself into Multiverse. The style is based on highlighting and underlining:

This fits well with a product that helps to set up corporate training:

The logo itself is wavy enough:

This style works well on their website. The project was made by London’s KOTO that had previously made the identity for Airbnb Plus.

2. London calling is calling, the new style for Otta 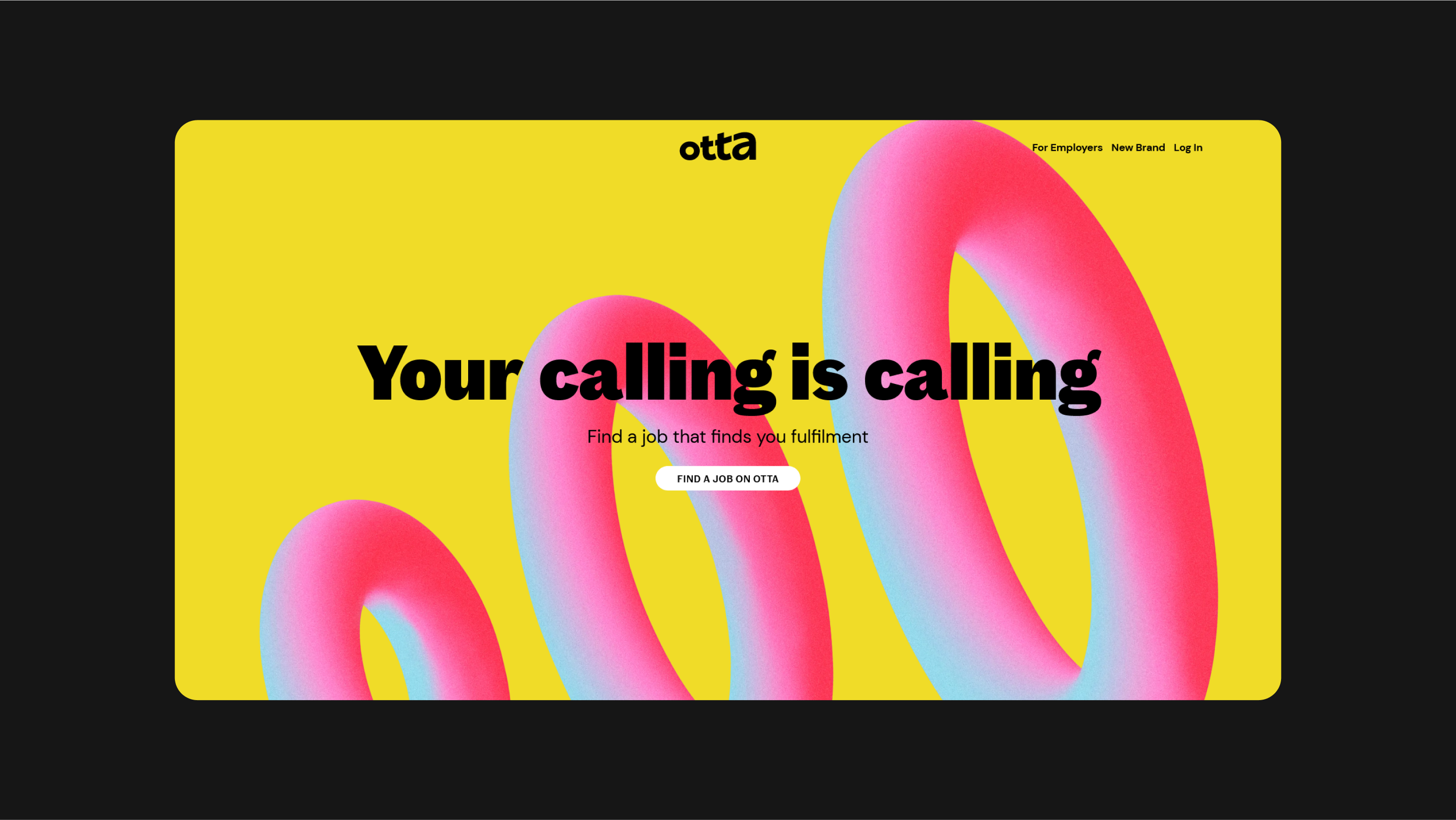 Otta is a London-based HR platform that offers openings only in “the most exciting, innovative and fast-moving companies. From startups to tech giants” — from Revolut to Deliveroo, got themselves a suitably loud style.

The style woks off abstract 3D elements, in motion when possible:

You might ask yourself, why would an HR platform try to be so exciting, here’s their answer:

“To create a unique visual ecosystem that separates Otta from the extra dry and un-fun experiences of leading job search platforms like Indeed or LinkedIn”:

Made by Ragged Edge.

Australian HR Deputy enters the international market and steps away from their somewhat threatening logo: 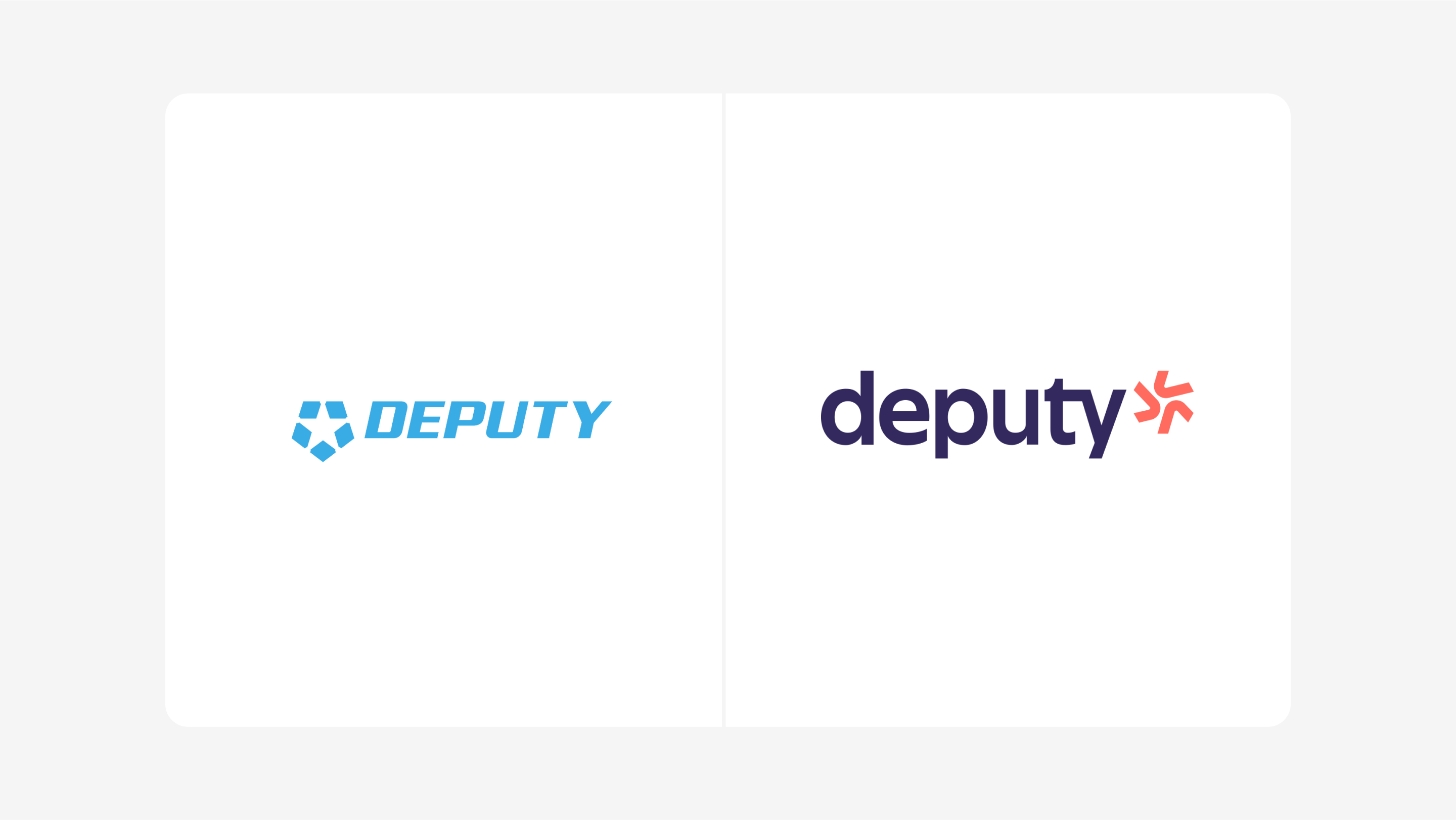 We have to note how distinct the new logo is:

And that the style works great in digital, fitting perfectly to their website:

Made by Focus Lab, which we seem to mention almost every digest. 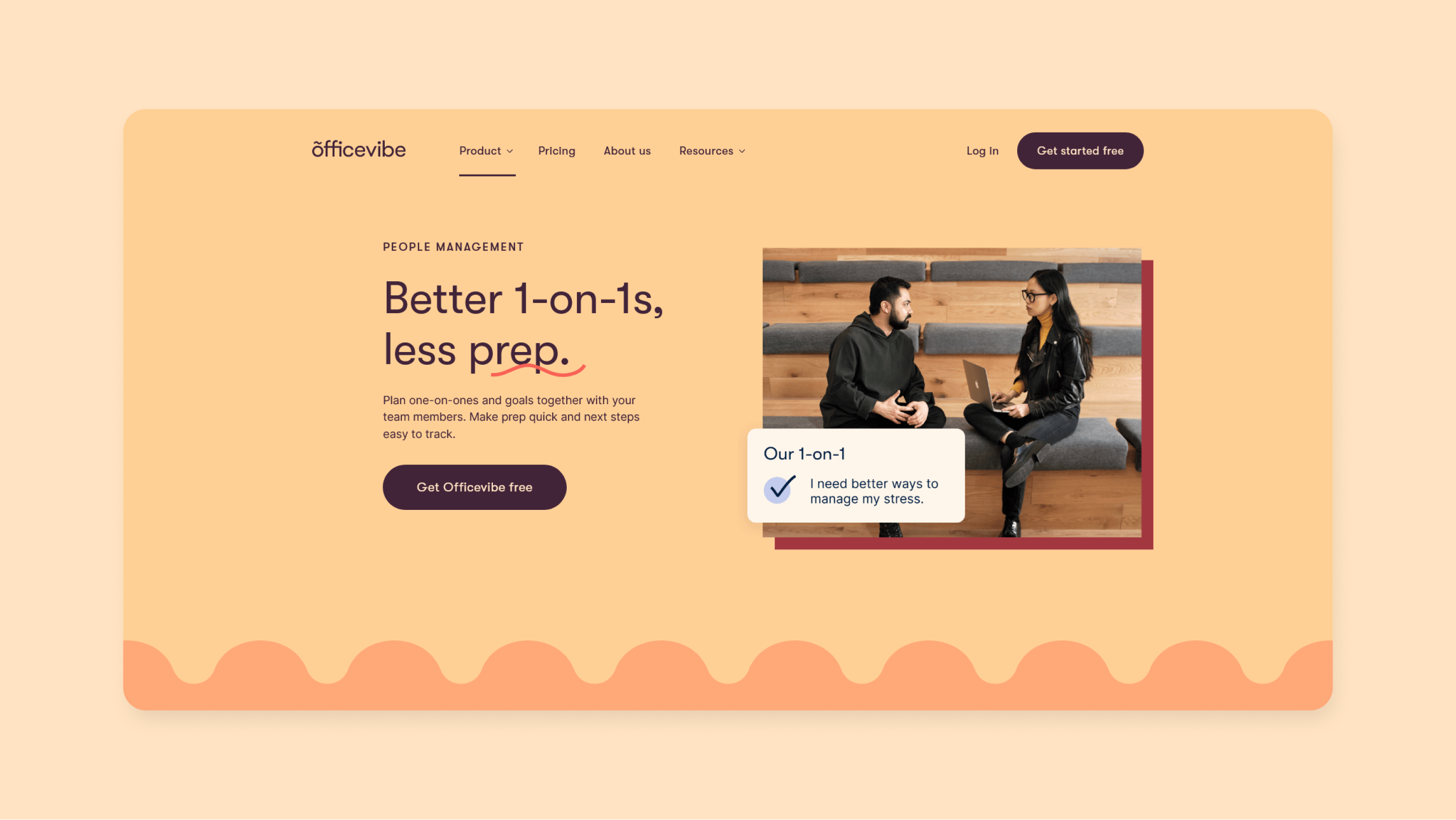 This is the first time we see a product that’s focused particularly on 1-on-1s, and we just had a lot of those at the end of the first quarter. Might have to test it ourselves three months from now. Officevibe, a Canadian service, stepped away from the generic digital style into something friendlier and warmer:

While the occasional underlining might remind of the aforementioned Multiverse, here it’s just a nice detail that also reinforces the õ in the logo, and the style primarily works off the cozy colors. And we just have to point out the cute illustrations:

At one point, we at Embacy had also made a style based on highlighting, for an Australian HR platform LaborX. 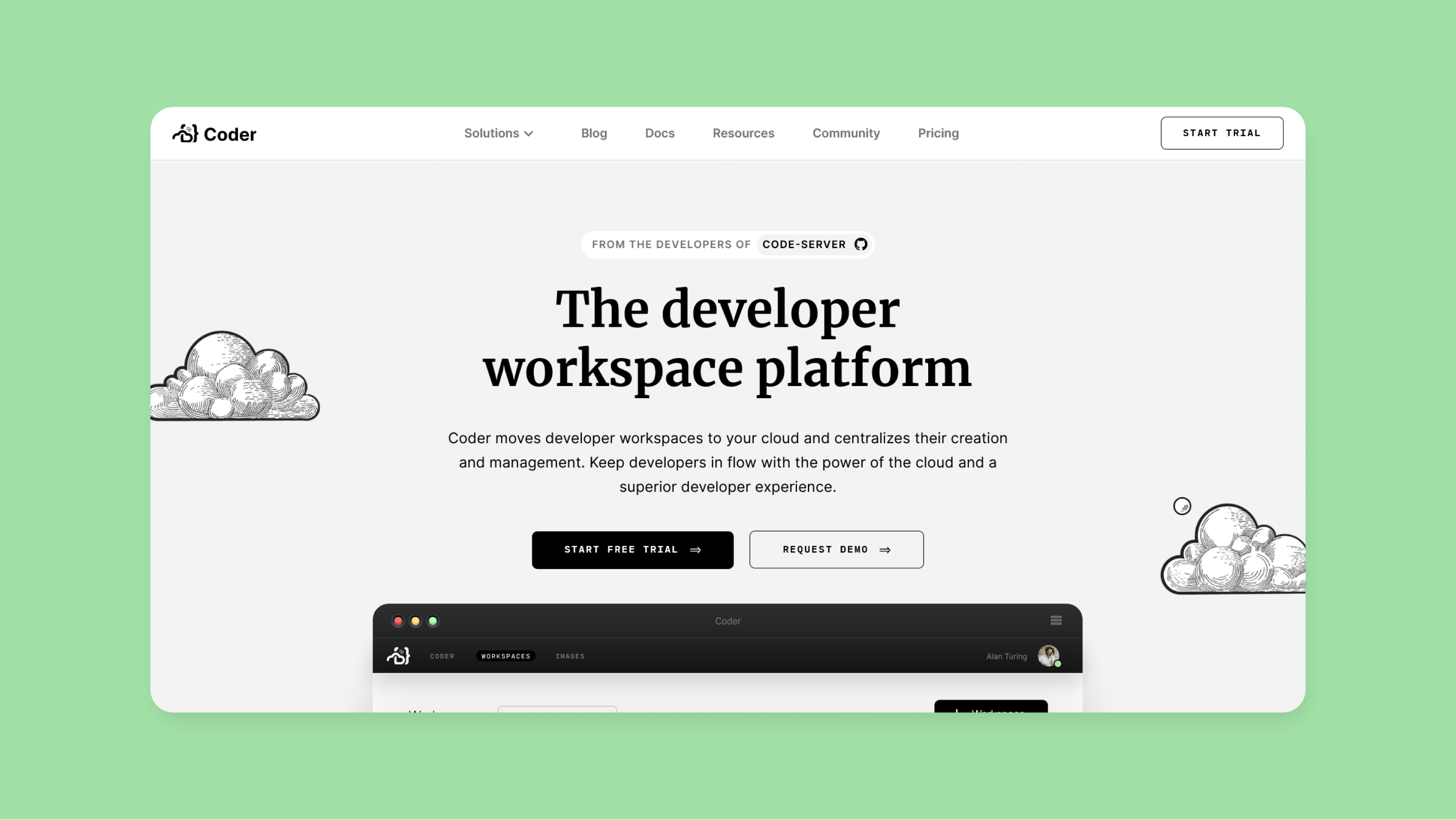 Couple years ago Notion set the trend for branding for digital products. Since then, there were a lot of black and white websites that were clearly inspired by it, but most of them looked simply derivative and unimaginative. But not Coder (note the curly brackets that show up on hover over the menu buttons) — the developer workspace platform with an excellent, consistent style.

And now, for a few Russian products.

The goal for the new logo is simple: to bring it closer to their typeface Yandex Sans.

The logo by itself is great:

But the whole word looks too bold and a bit clumsy.

The new identity for Yandex.Cloud could be overshadowed by the big Я, but it’s rather good, so:

The style works well in digital, minimalistic but not aimless:

8. Odd in its bravery and brave in its oddity new style for ABBYY

When a big company decides on a rebrand, its bureaucracy might hamper the result: while designers might suggest something interesting, after going through revisions over revisions, the final result ends up either milquetoast or just a minor update. But this isn’t the case for ABBYY:

While these bold patterns and abstractions certainly aren’t for everyone, they are more than memorable:

But at a closer look into the process, well, the final result still doesn’t look too different. But they clearly weren’t wasting time.

Made by Shuka and Contrast Foundry.

And that’s it for March updates. See you in a month.