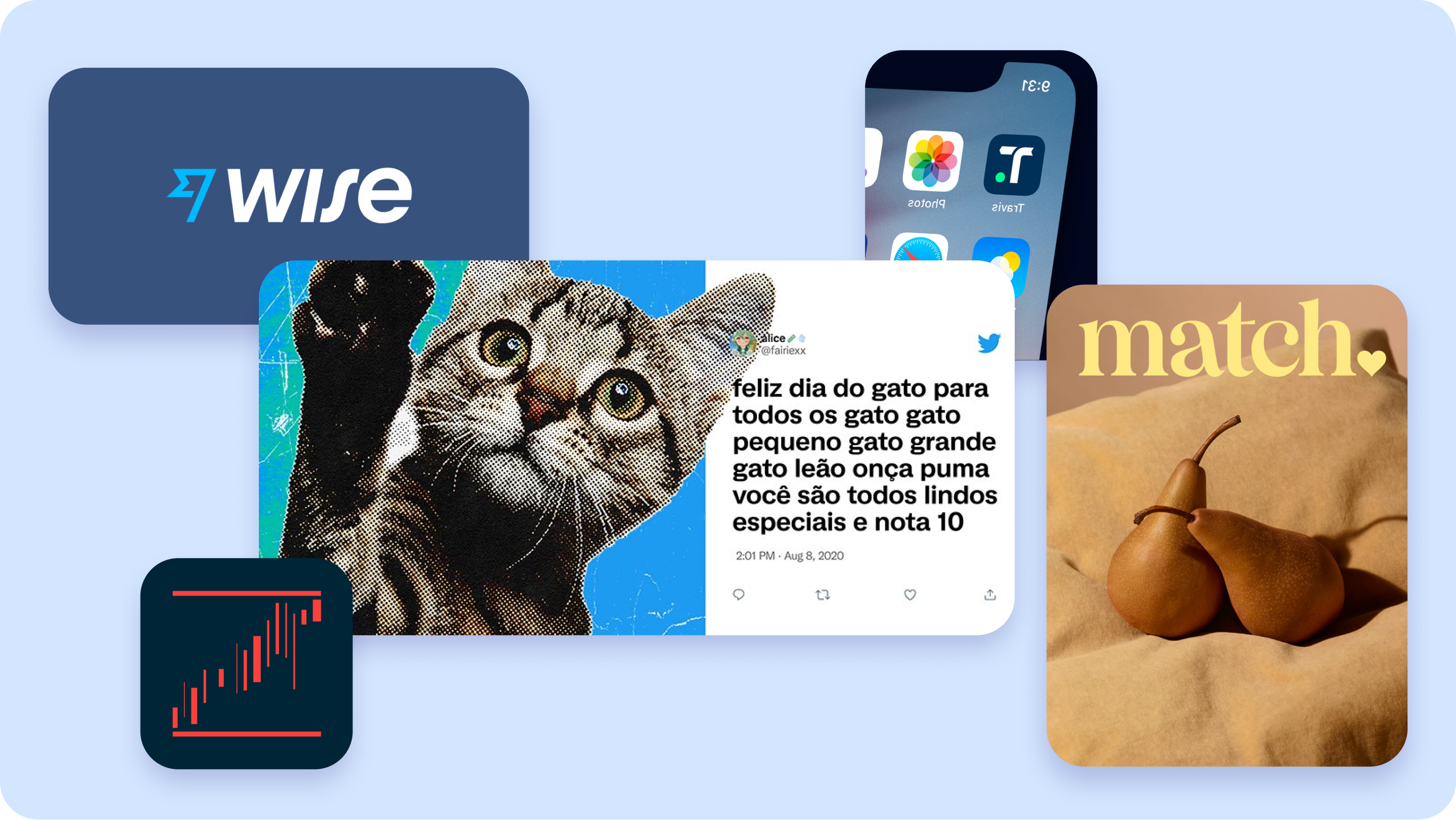 In the past month, Twitter updated their style without changing their logo, Match left blue digital style for warm and tender identity, Maze didn’t get lost in animated 3D logos, and TransferWise wised up and transferred their name to just Wise, and more.

Twitter put out a new about us page with their corporate culture and updated their style.

Textures, streets, and beneath the pavement is the beach. How timely. You could even consider their choice of the studio to be an homage to ’68, as it was made by a small French studio Irradié. 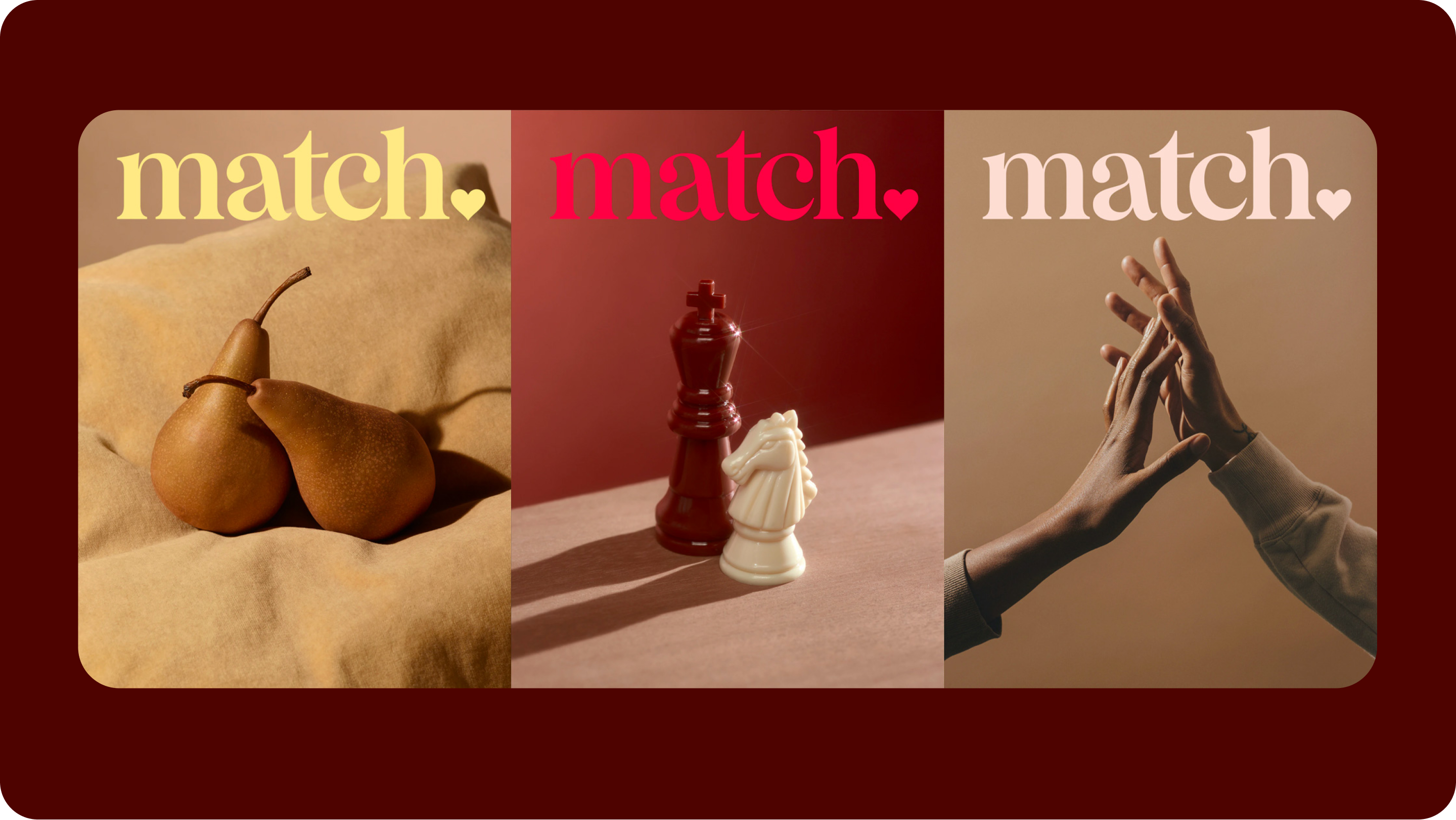 The company used to have a run-of-the-mill digital identity, with electric blue and geometric grotesk in the logo. Now it’s soft, gentle, and elegant, highlighting the product and making it stand out among all the other dating apps. Superliked.

Made by the great team at Collins. 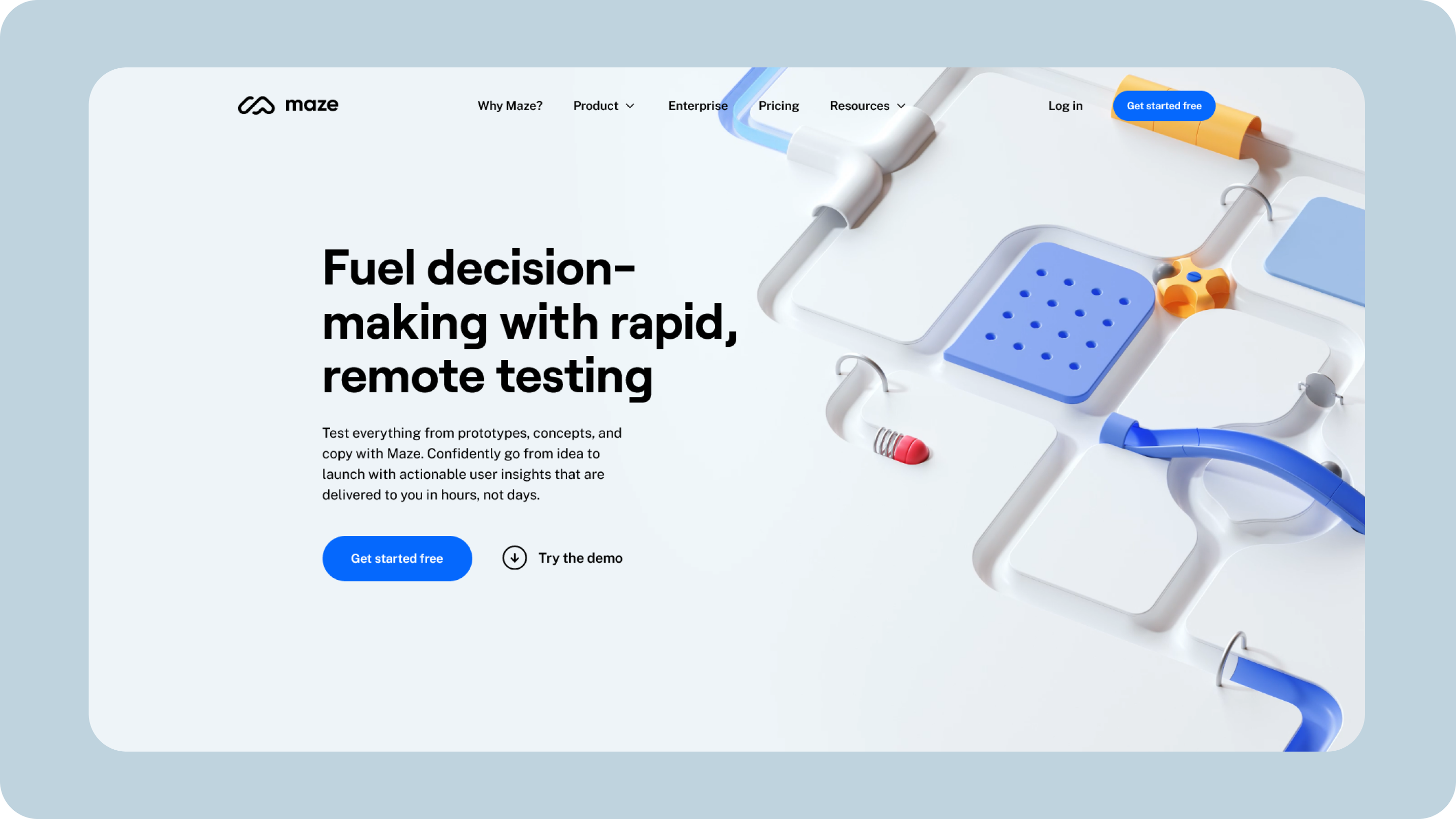 A testing service Maze just closed Series A funding round and updated their identity.

It’s hard for us to describe this style in any words other than amazing. Design was always a strong suit for them and Beautiful Always is one of Maze’s principles. 3D animation of this maze full of Rube Goldberg-style contraptions is unbelievably fluid and smooth, be sure to check it out live: 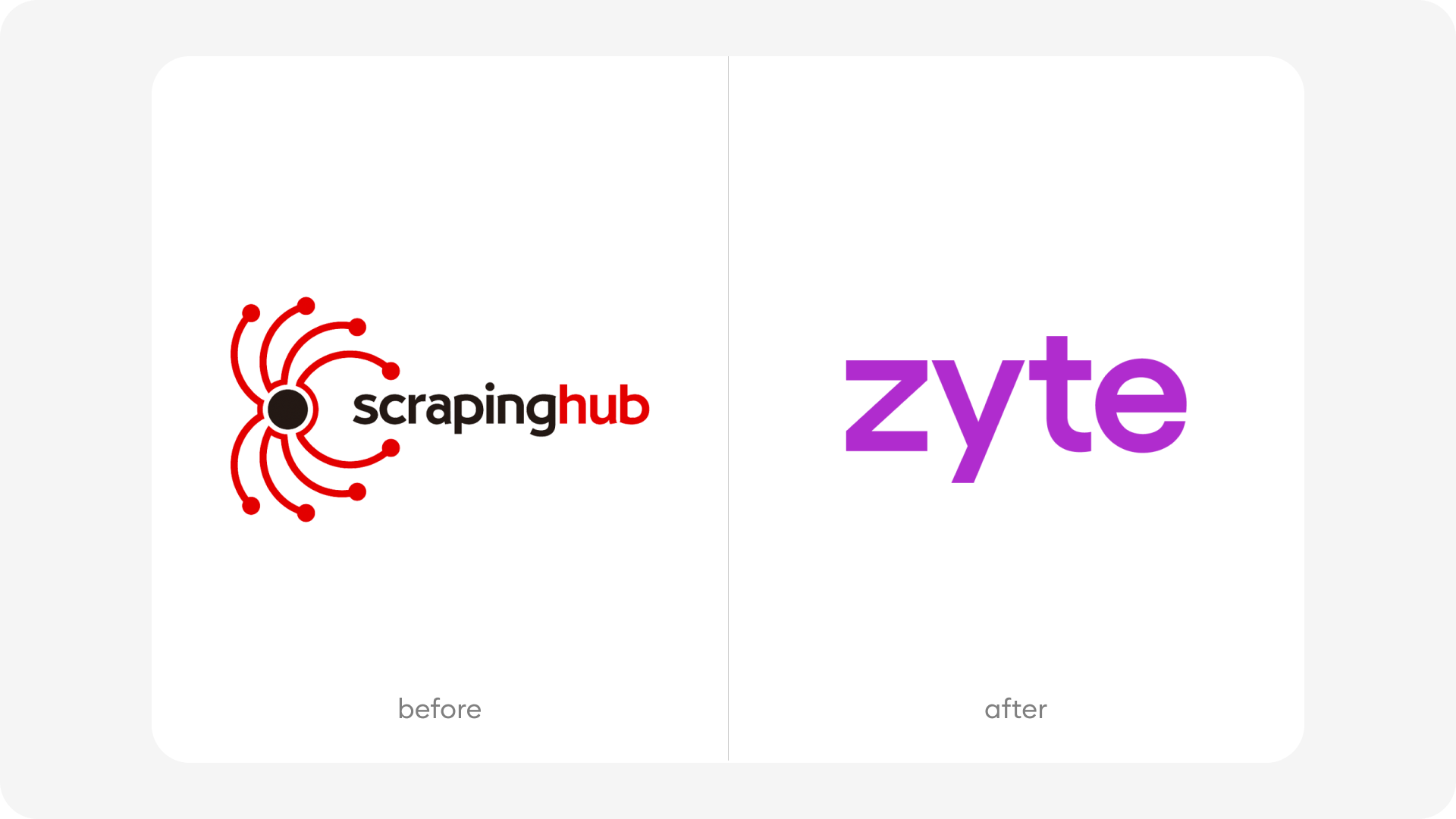 The classic case for rebranding, when the company grew out its name and its positioning. They say so themselves in their post about the rebranding: We’re doing more than low-level web scraping, we’re focusing on web data and putting customers at the heart of what we do. In the work itself you’ll get caught on the sharp edges of this stylish Z:

The concept translates well to the first screen of the website, which is always wonderful:

The style was made by Curious.

You’ve told us for years the problem is bigger than money transfers — a quote from their rebranding announcement. Just like Zyte, Wise now only has four letters in their name. That’s, of course, convenient, but it’s hard to imagine how much they had to spend on the wise.com domain. Shame they didn’t spend that money on updating their style. Nonetheless, their product is great. 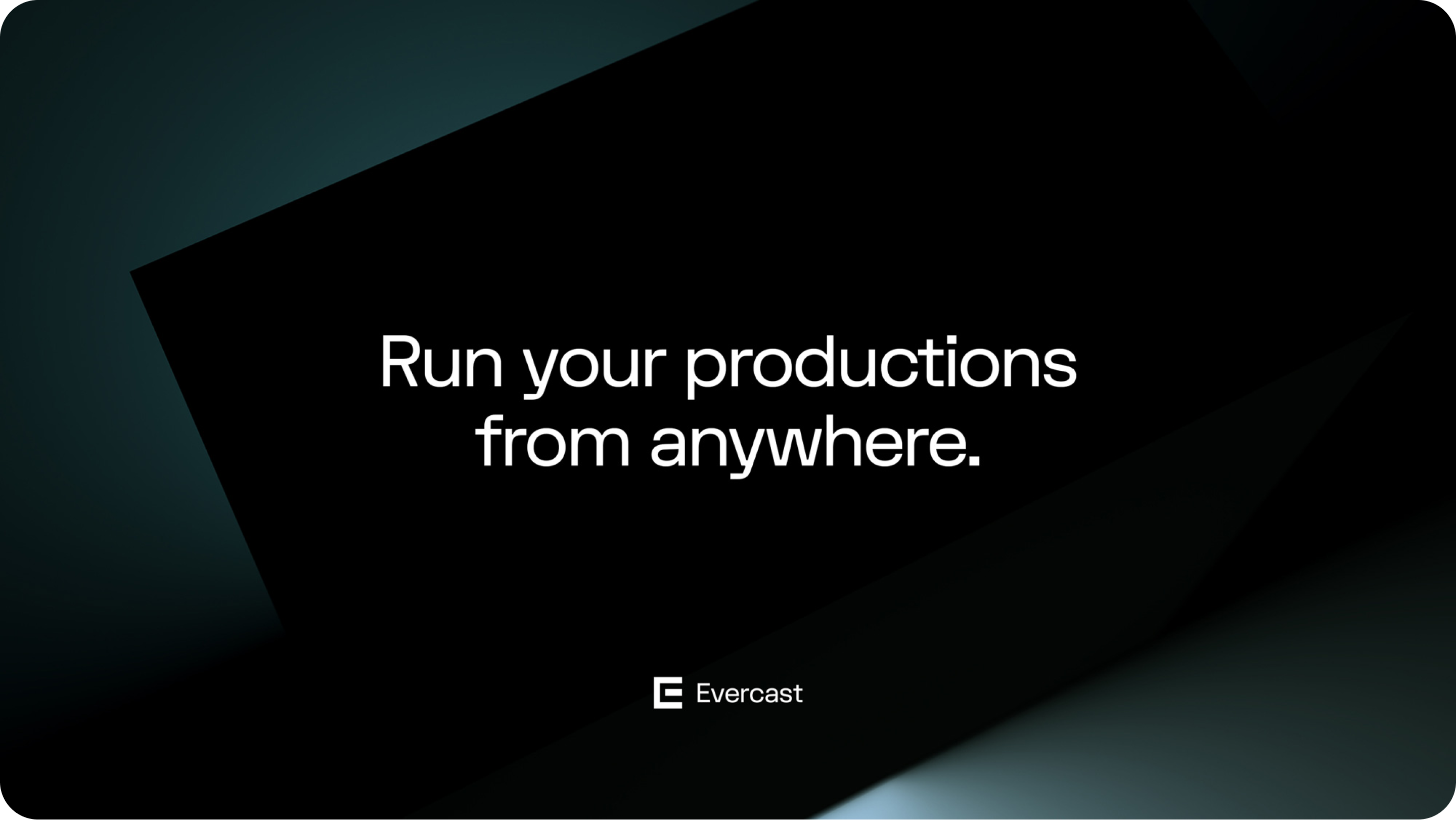 Evercast is a service for video chats and collaborations for creative teams working on movies, TV shows, etc. As they say on their website, for creatives, by creatives.

The style was updated by Moving Brands, and this is what they’ve made:

7. Travis, your guide through Stockholm 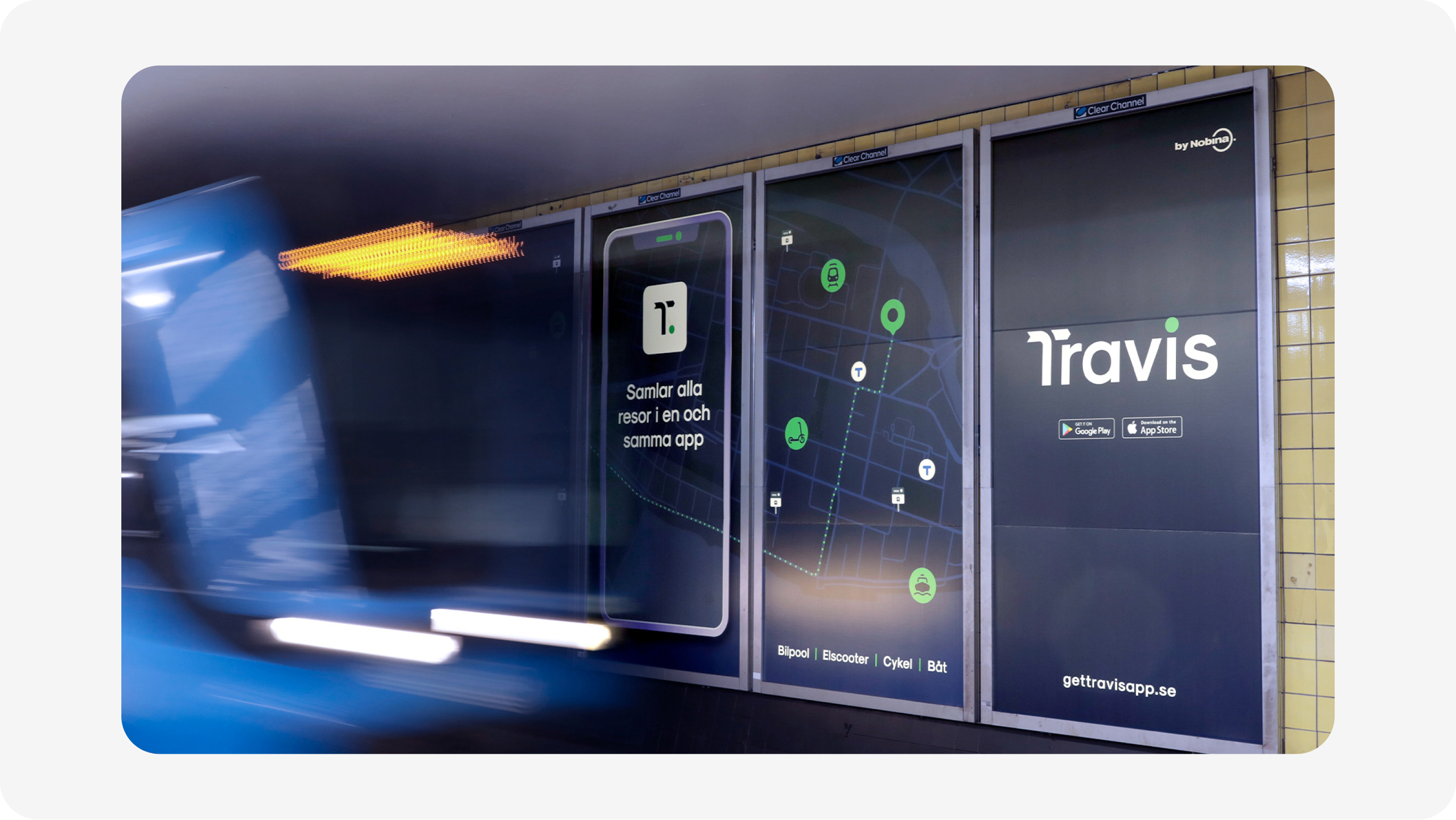 Travis is a local project, that you probably would have never heard of, but it’s made by Snask — a studio that got the main Behance ribbon 39 times. They’ve also recently shot a music video for Viagra Boys, but now, let’s stroll through Stockholm:

And that’s it for February news. Let’s see what March brings us.