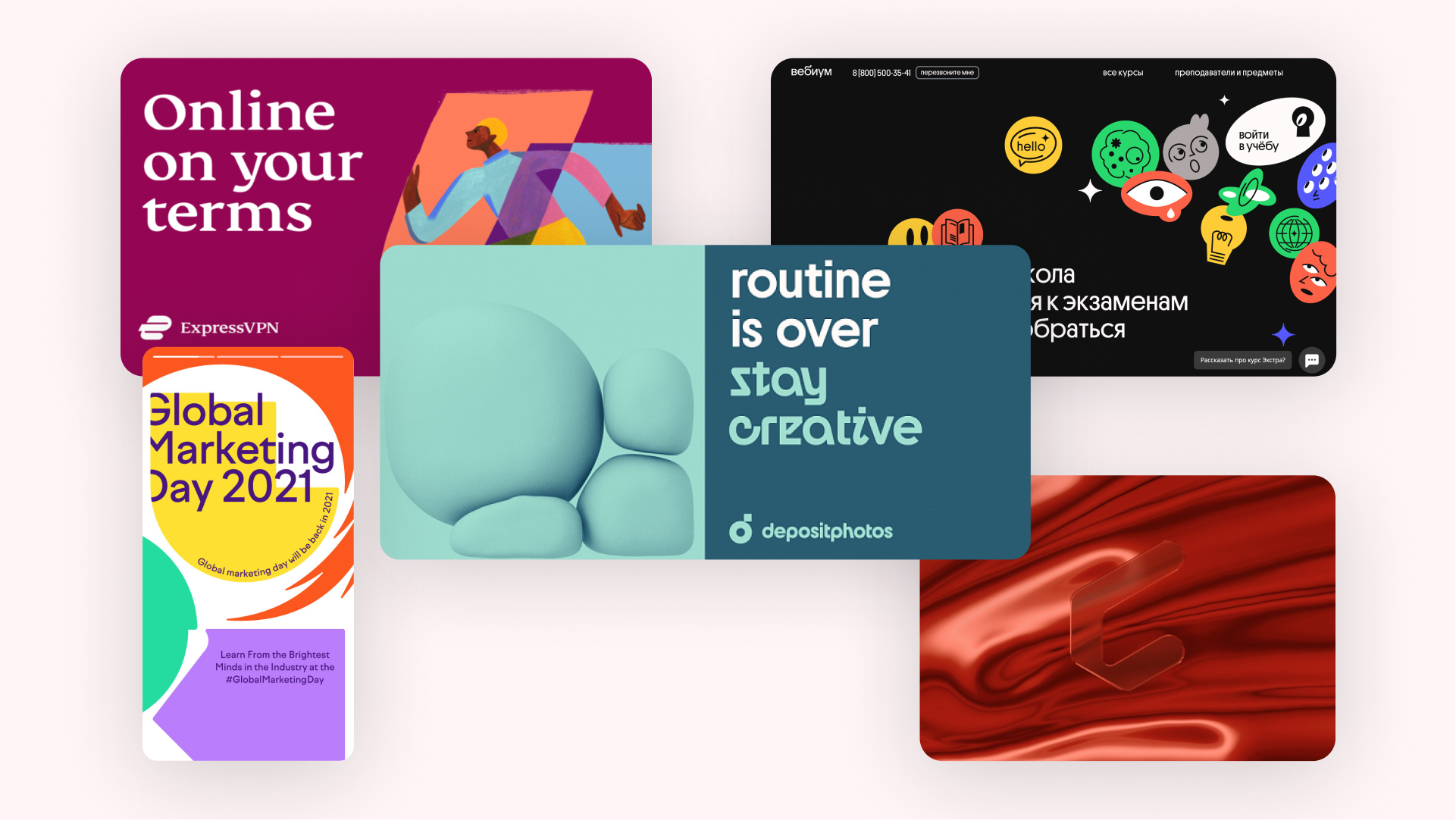 Not that much happened in December for branding, everyone already in Christmas-New Years-General Celebratory mood, so now we’re back with a compound digest for the news from December and January. We’ll talk about 6 global products and 3 interesting projects from Russia, which are: Depositphotos, NetApp, ExpressVPN, Rows, Cardless, SEMRUSH, Best Doctor, Webium. 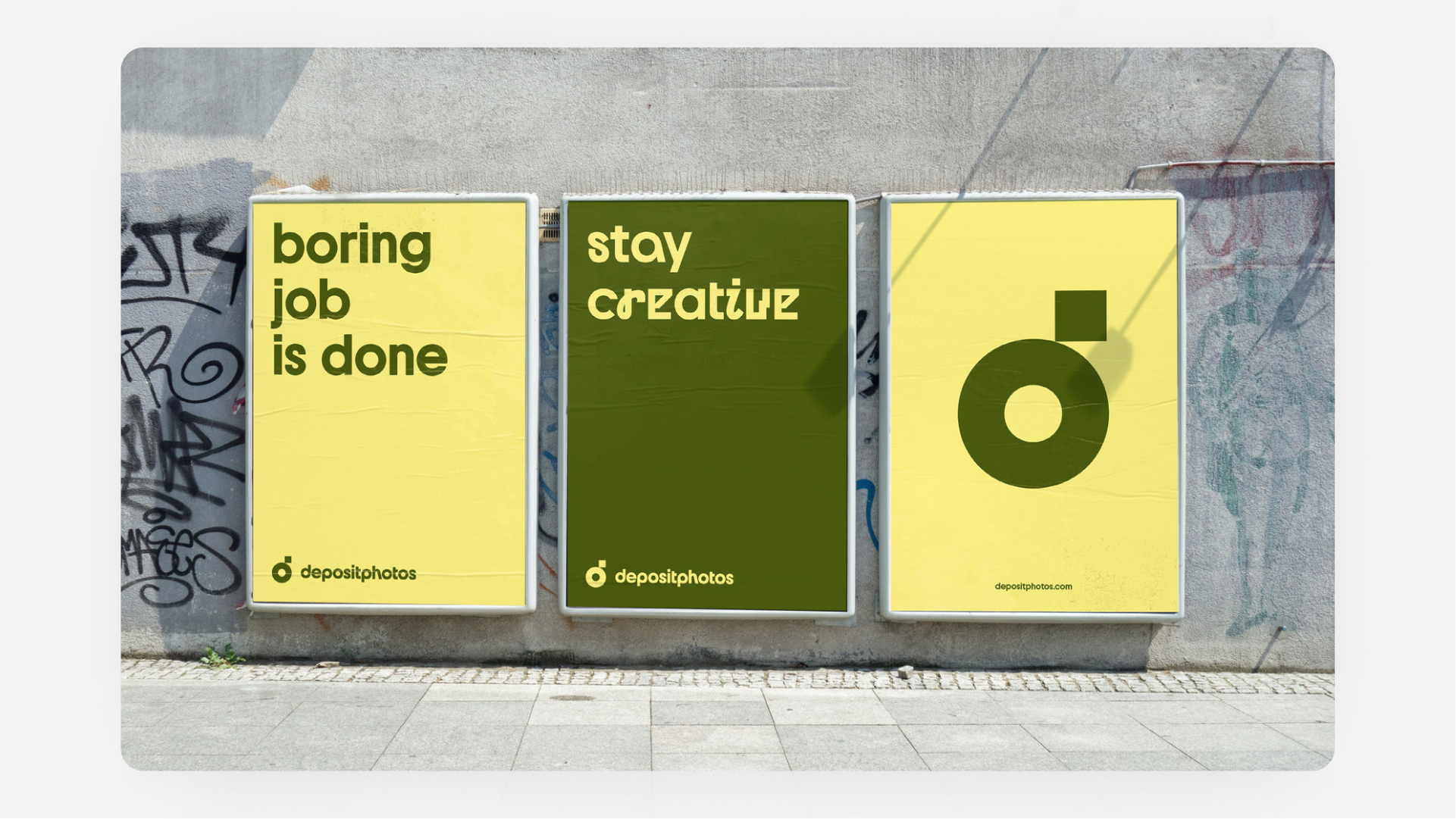 The work captured us by mixing five typefaces in a single phrase, and the result not being a mess that you might’ve expected from such a mix. The main typeface is neutral enough, and the rest pay homage to Naive Script, Brooklyn Zoo, Bauhaus, and Vkhutemas.

If you don’t know about Vkhutemas: to simplify it, it was the Soviet equivalent to Bauhaus. A cutting edge school that brought a lot to avant garde art: suprematism and constructivism, to name just the tip of the iceberg. Check it out.

2. Rows with R being two rows 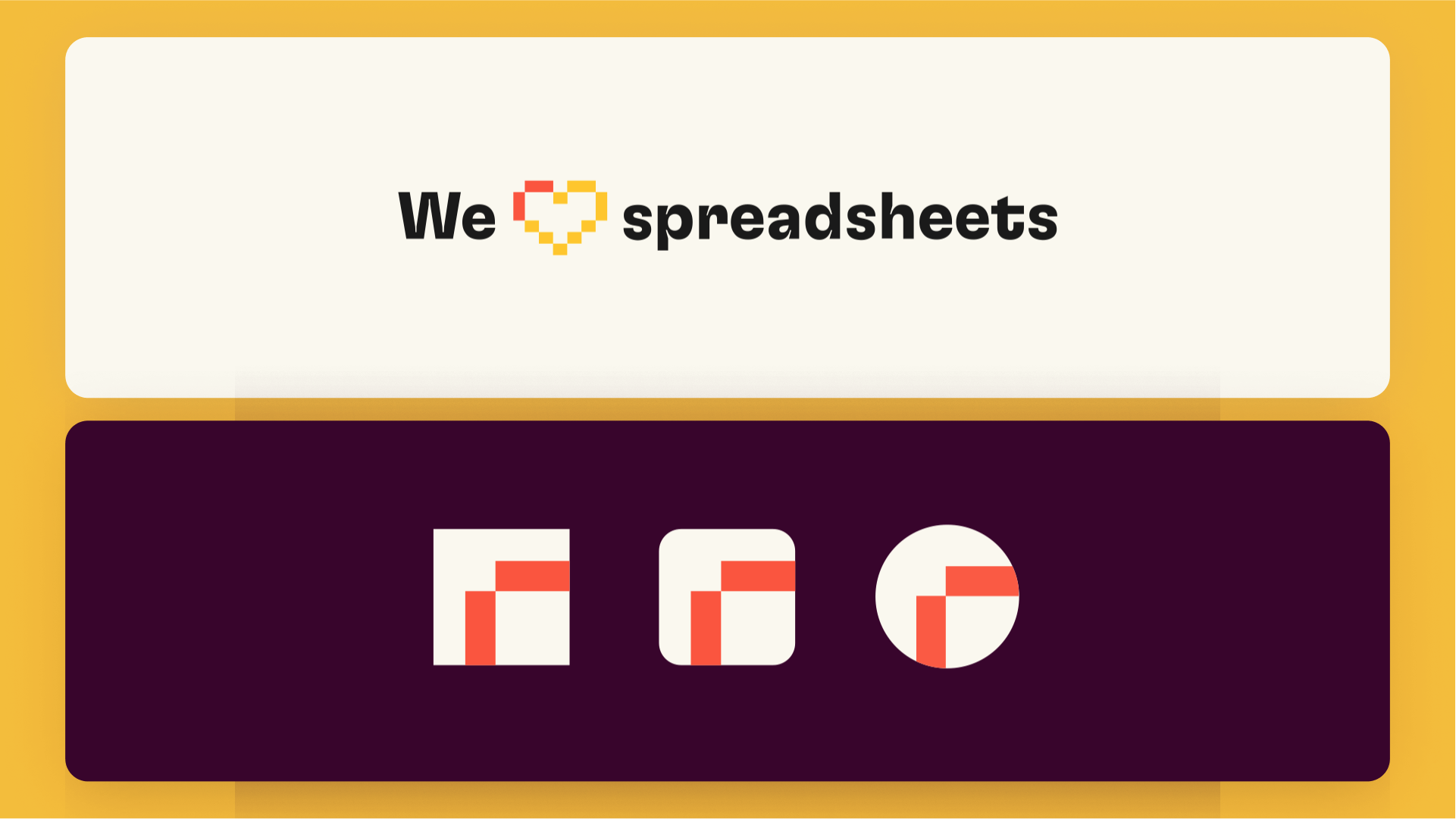 Rows, an alternative to Google Tables, just had a rebranding.

In a stroke of genius, the r is stylized as two rows in a table. We think this project could be in a textbook on branding for digital products. It’s hard to make something simple. And not only that, for that something simple to also represent the product, its name, and all while looking unique.

3. NetApp cut their style into pieces 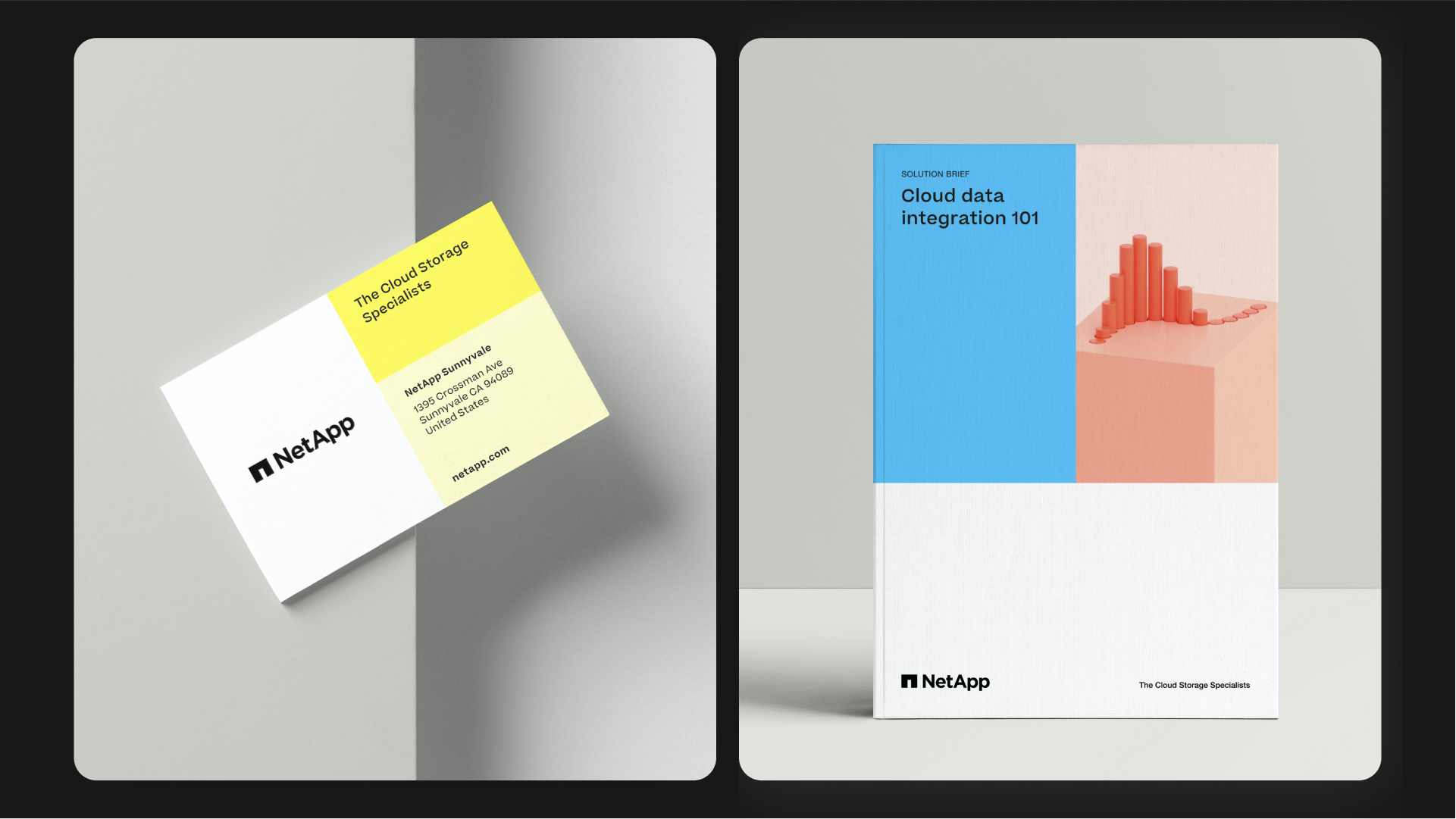 The style confidently hinges on cutting the space into squares and rectangles, giving continuity to the logo’s concept. It’s great that it didn’t just stay in the brand book, but that the design fit well to their website.

Made by Mother Design.

4. ExpressVPN and our flashbacks 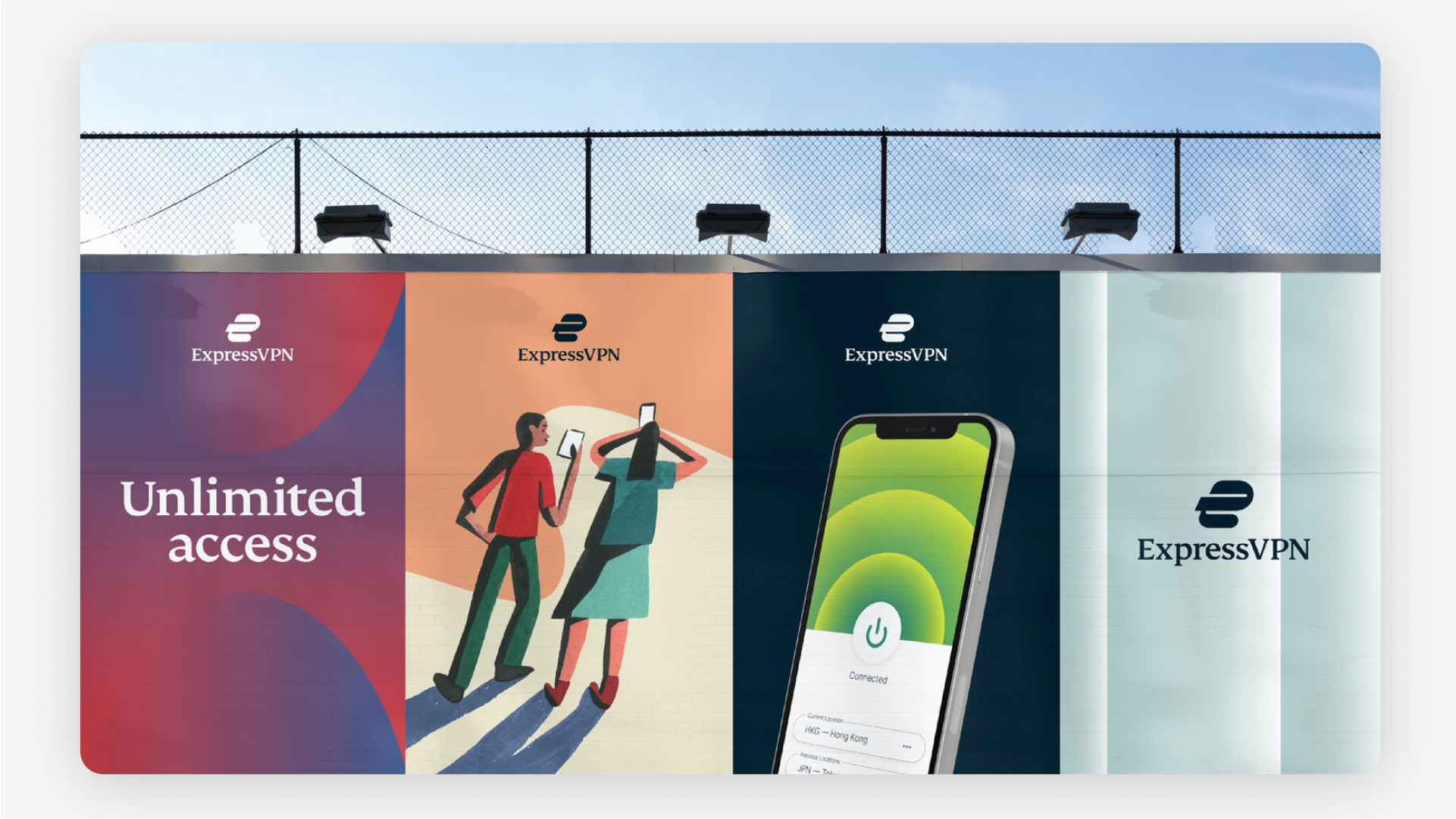 We’d worked with a VPN from Silicon Valley back in 2019, and it was one of the very few projects that we dread remembering (but we did write up what we learned from it). Since then, any rebrands and updates to the websites of VPN services get special attention from us.

Made by Design Studio, which had previously made the Airbnb logo. This work is noticeably weaker. It’s hard to pin down one big problem: separately, the typeface is nice, the color scheme and the illustrations look friendly enough. But they don’t fit the ExpressVPN name, there’s nothing about speed and momentum in here. Still, the project deserves attention.

5. Répar’acteurs with a running R

A French website for technicians, mechanics, and all sorts of handy people. Captures your attention with its bright colors and logo. Just like the previously mentioned Rows, there’s also a play on R here, which is now given legs to hurry. 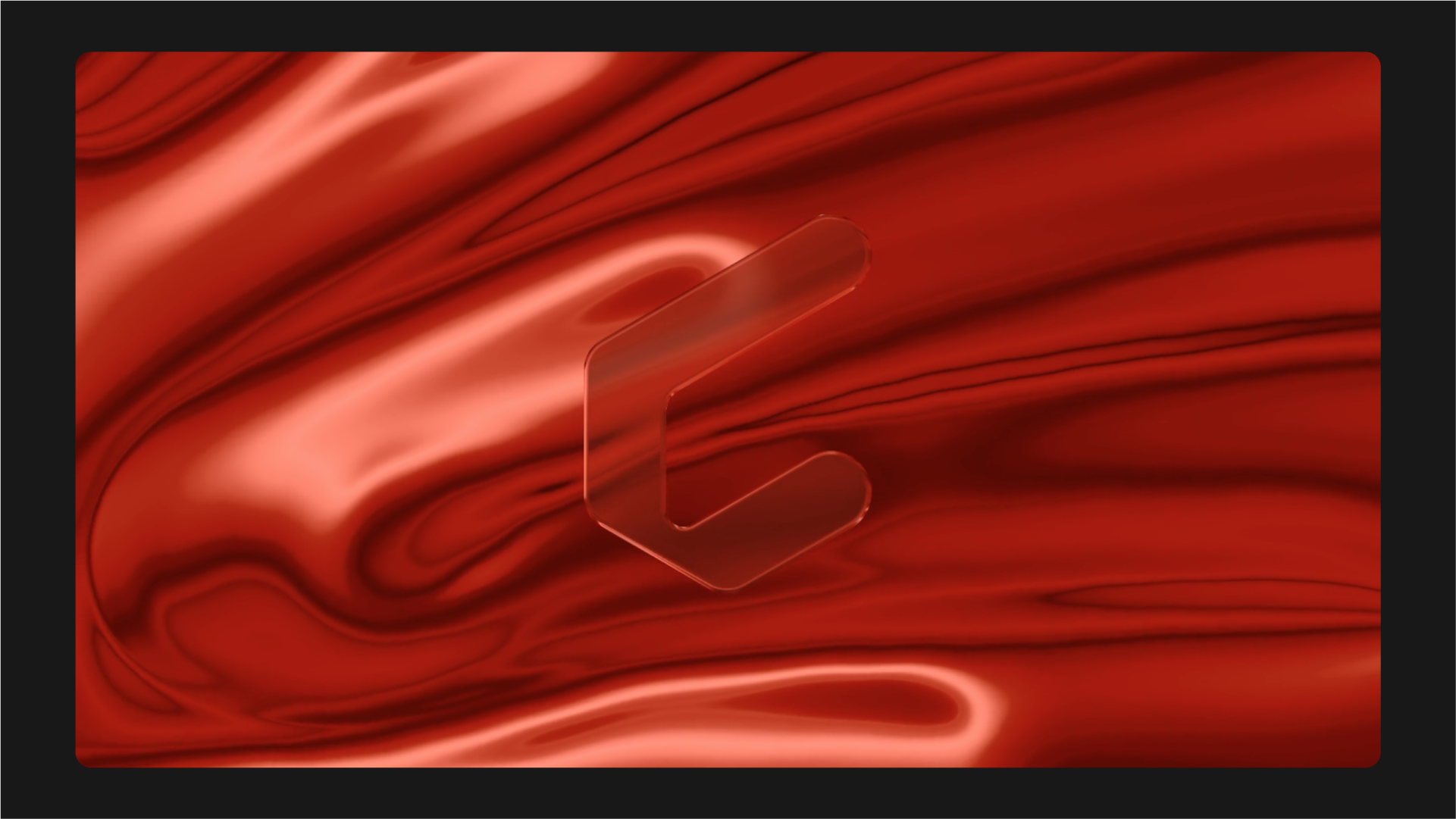 In the past half a year a lot of premium fintech products decided to show their class through web design. A good example is Cardless, which just had a rebrand with the highly regarded Pentagram. At the core of the style is rich, lavish red:

1. Shuka updated the style for SEMRUSH:

3. An online school Webium just had a vibrant rebranding with Shishki:

And that’s it for the latest news of online rebrands unless you want to crack about the new website for CIA. And here you can catch our two previous digests: November and October.