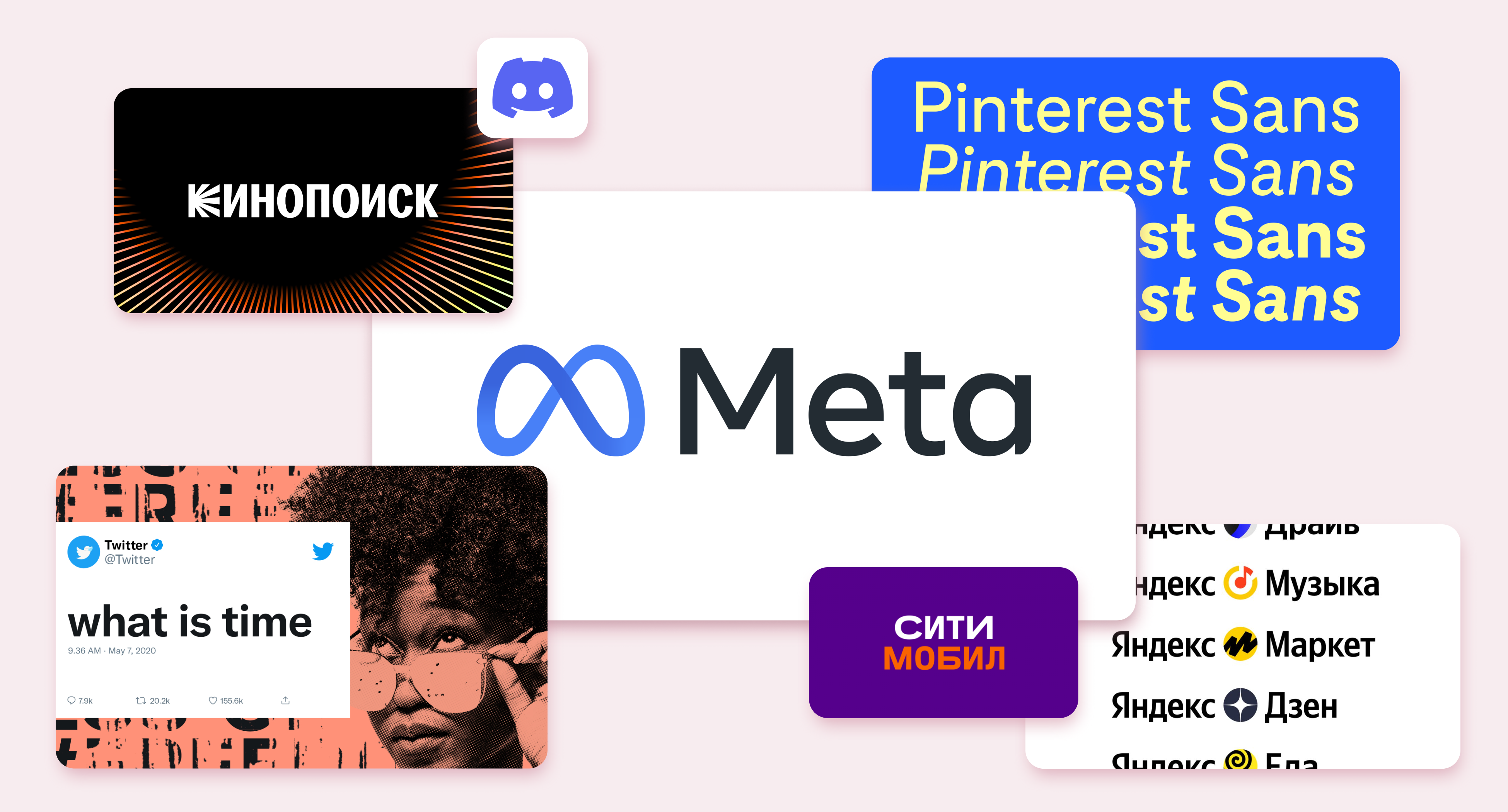 One of the biggest companies in the world had a rebranding.

The style is digital but faceless, manages to be both too abstract and too narrow. Can’t say much good about it, but can’t say anything bad about it either — it’s supposed to be universal.

In 2015 Google named their parent company Alphabet, but it still doesn’t have a pronounced brand. We wonder whether Meta is going to be promoted as a B2C brand. Keep a lookout this year on what style is going to be used for Meta subproducts.

The brand identity became more expressive while being flexible to be used for all the Yandex products.

While Facebook made a new brand for the macro company, Mail.ru Group did the exact opposite — the whole company took on the identity of their most recognizable B2C brand.

The style is thought-out, varied, lively, and rather unique (especially next to Meta). And yet it manages to stay restrained enough as well.

The weakest part is the icons for the subproducts.

They look rather primitive (for example, compare them to the aforementioned Yandex). Beyond that, every product has its own distinct identity while matching with the whole ecosystem.

Unlike all these mastodons, Pinterest could afford to be loud, and so it did.

The identity is vibrant and intricate and requires a lot of skill from whoever is going to keep it going.

Note how well the collages represent the usage of the product.

As a backup plan, if they happen to have better copywriters than designers, the identity also has a simplified variation.

The new visual style of Twitter is still not applied through the platform, despite how well it is done. The metaphor of tweets being slogans on posters and mottos scrawled on the walls is downright ingenious.

With the change of the approach came a name change, and Material Design became Material You. It’s now more vibrant, more colorful, full of various shapes and gradients; a layman could say that there’s just "more design".

The old Material was all function, while Material You focuses on the people who are going to be using the products made under Material You.

Discord hasn’t been a new product for some time now, and now it has a fitting visual identity.

The rebranding of Upwork is a lot like that of Discord — no big changes, just a well-thought-out style that is more colorful, varied, and is simply more professional than it used to be.

From the minimalistic and rather default visual identity, Calendly went for... something else.

Fitting every shape into a C is, at the very least, something unusual.

Kinopoisk, the Russian equivalent of IMDB, just recently had a rebranding that was met with much chagrin. Regardless, the work is interesting to consider: