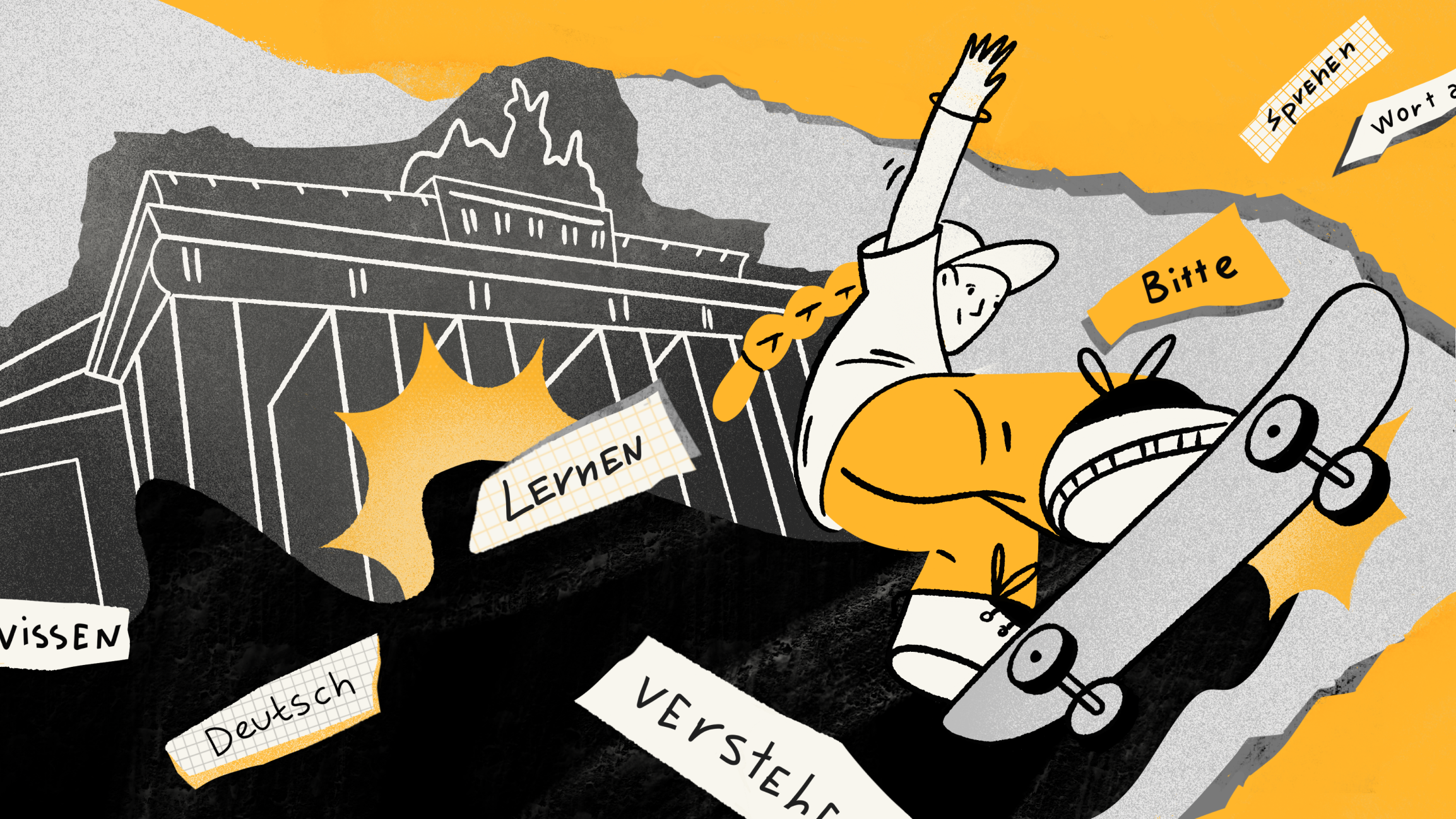 Deutsch Online is an online school that teaches German to people not just for casual use, but for people like Joan. For Joan, this isn’t a hobby, not just something fun and challenging to pass the time. She’s not learning it to show off at parties. Joan plans to work in Germany, live with Germany, Joan wants to read Steppenwolf and watch Metropolis untranslated. 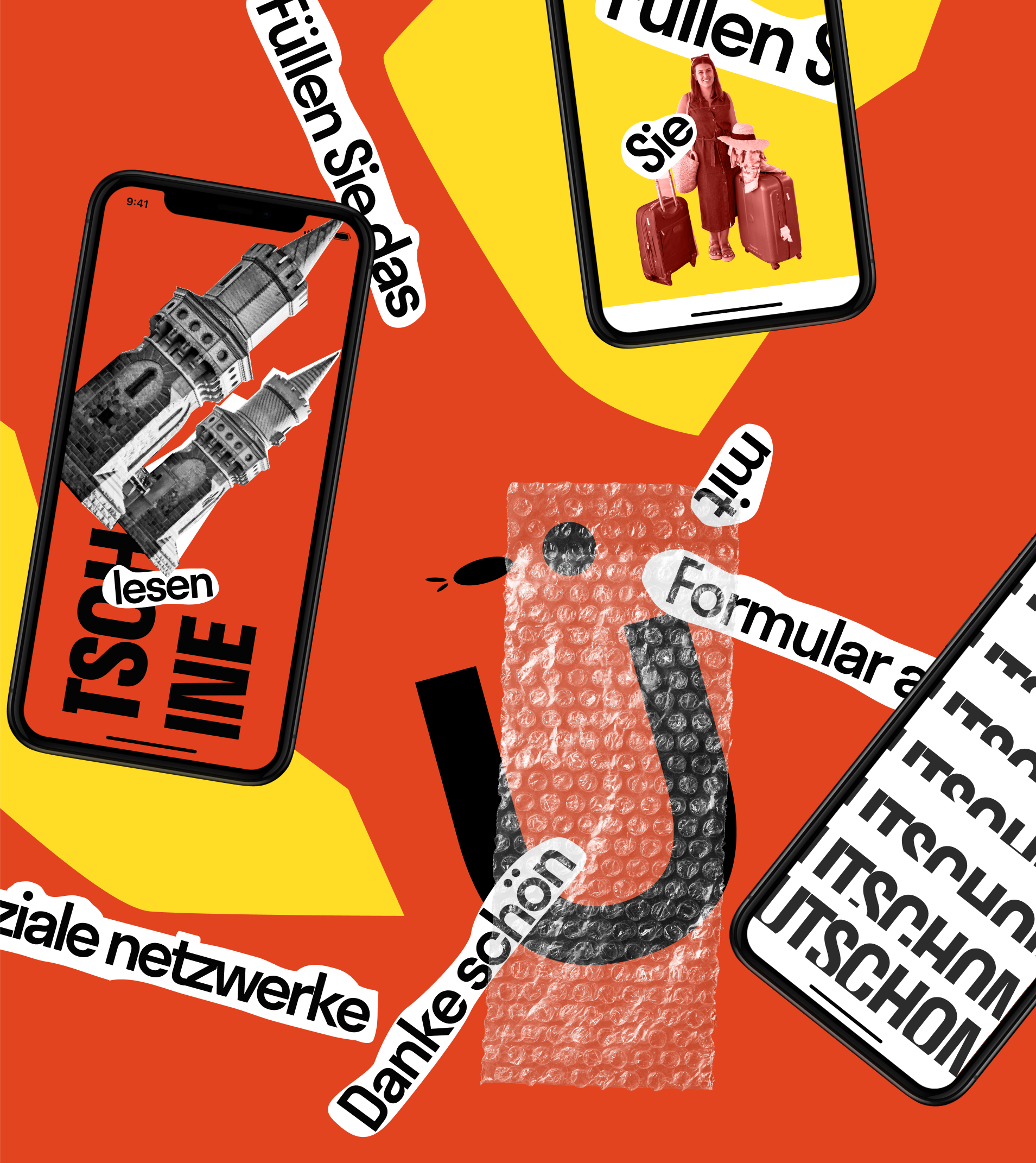 About The Product: Schnellimbiss and Currywurst

Deutsch Online is a huge edtech. It’s the largest digital school of the German language in the Russian-speaking world, with near 80k subscribers on YouTube and 330k followers on Instagram. While they grew, their website grew dated, in both its visual direction and UX: the number of different courses snowballed to the point of it being extremely difficult to find your exact course, and the website itself is an eyesore. This is the old website:

And this is our final result:

Textbook. The most straightforward concept you could have for an edtech. Diving right into textbooks, dictionaries, right into the language. Too on the nose.

Europe Calling. In this concept, we focus right on Germany. What do people think about, when they think about Germany? We show the architecture, cars, the great auteurs and thinkers that came from Germany. Ultimately more suitable for a travel agency selling tours around Germany.

Augmented Reality. This is the concept we went with. Complete immersion into the cool Berlin streets. Showing the result of having learned the language, but not just Germany at large: here’s something specific, a concrete reality. It is highlighted because you now know the language. It’s no longer an indecipherable whole, you can understand it all by understanding the elements.

Footnotes. All your notes, your drafts, scribbled ideas that help you learn something at the moment and that you find completely unreadable a few days later. It’s all about the process of studying.

Stickers. Exciting, colorful stickers. Like the back of a student’s laptop, with cartoons representing the viewer on a nice walk through Neukölln and Schöneberg.

Words and objects. Here are objects, and here are the words to describe them. As straightforward as any German could hope for.

But ultimately we ended up mixing the styles, with this being the early mockup:

The German Attention To Detail 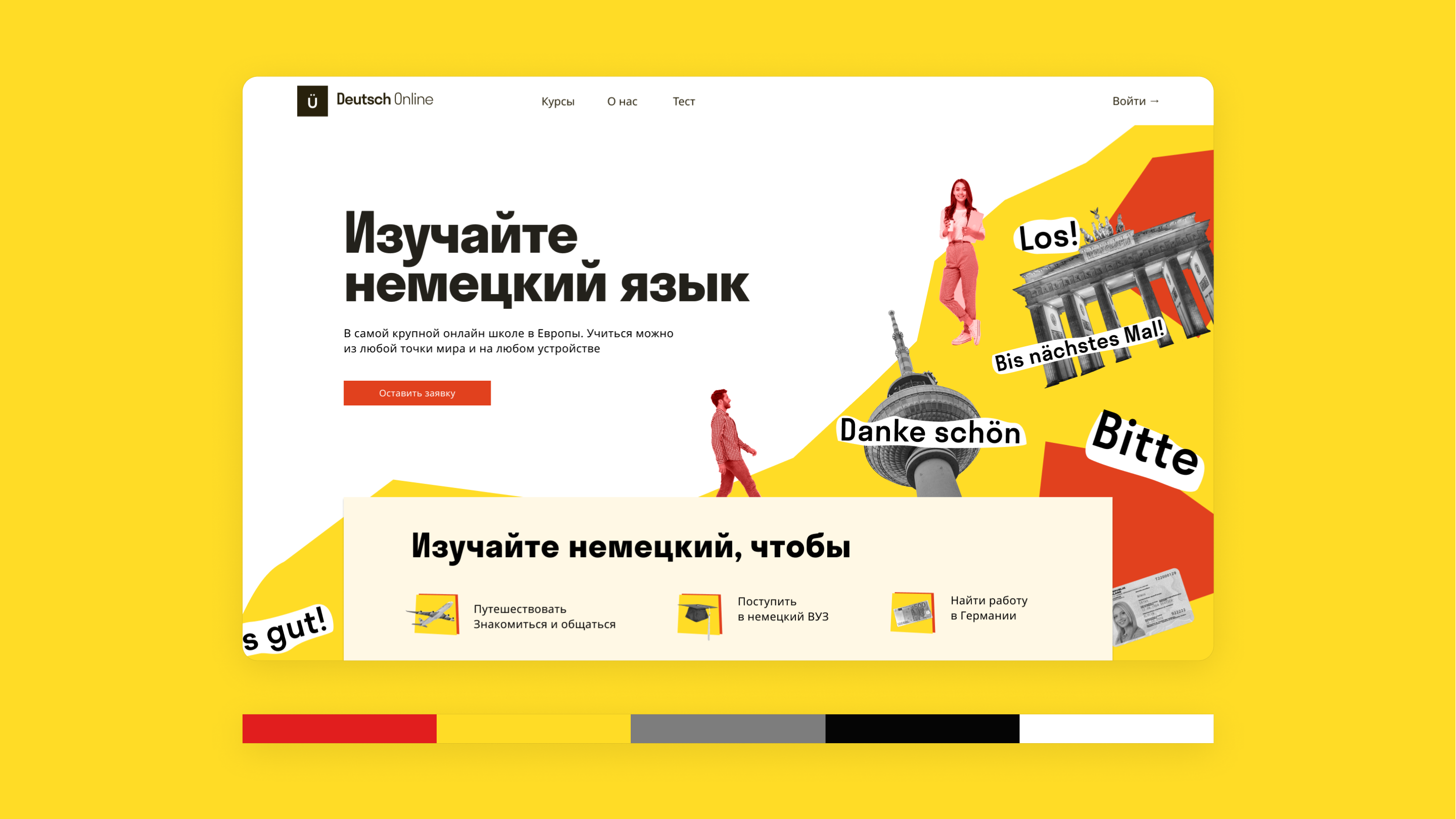 As we fine-tuned the details, the final result took on an exciting, yet approachable shape: a little bit BMW, a little bit Rammstein.

Color scheme. As we looked for a suitable color scheme, the solution turned out to be obvious: the German flag. We ended up with a vivid pallet with bold, powerful accents. 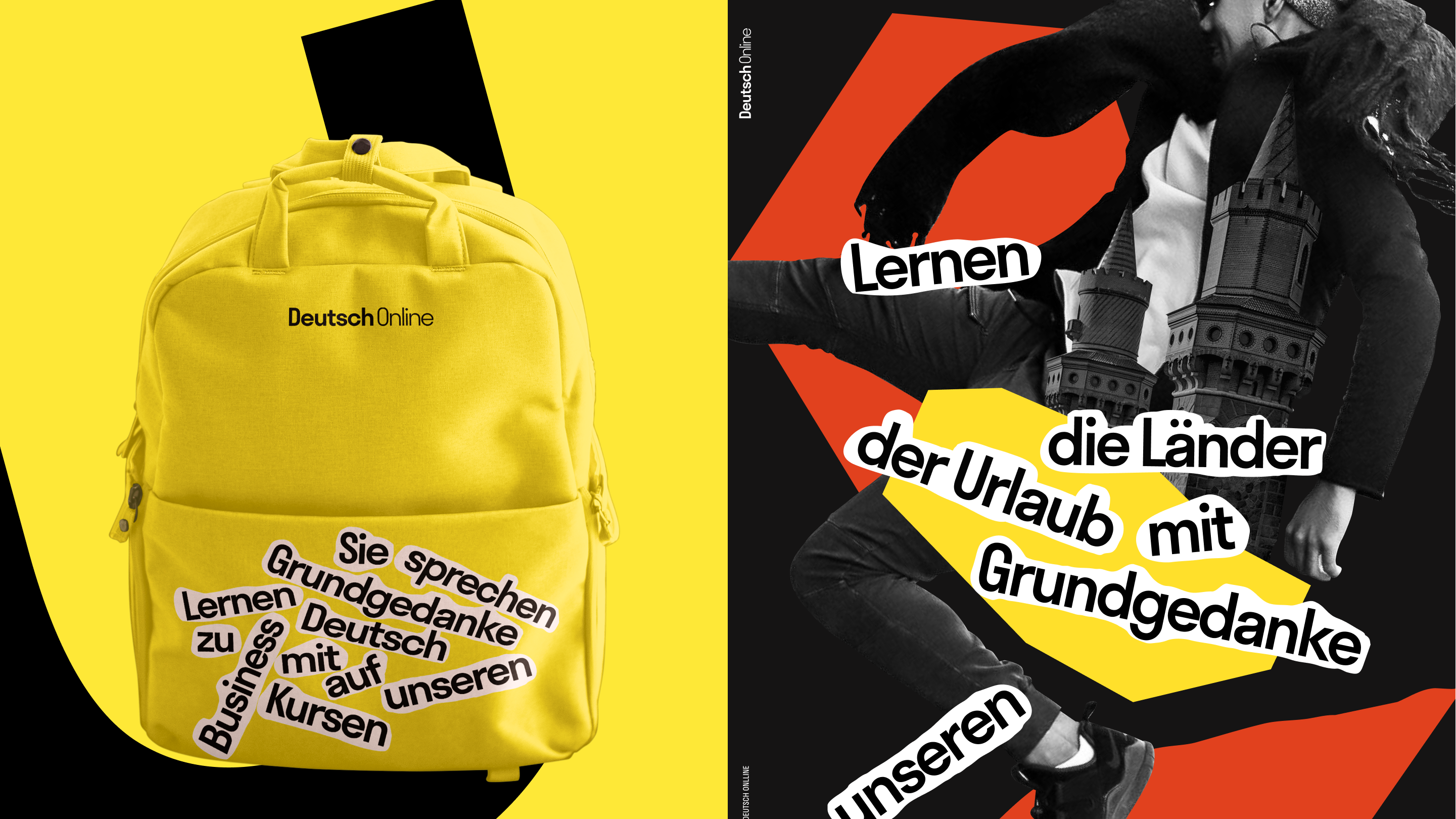 Typefaces. We had used a sans-serif Stratos, which fit our daring design and somewhat resembled the rough, chopped spoken German. It is supplemented with the neutral Noto Sans.

Quiz. It’s hard to pick the right course unless you’re starting from scratch. What if it’s been a while since you’ve last studied, you’re a little rusty and not sure that you’re as good as you were at the language? What if you’re an autodidact and have no idea what course you could handle? We had to come up with a solution for these, especially because of the number of courses that Deutsch Online provides.

We came up with an online quiz, that tests the participants’ knowledge and asks for their goals. Based on the results, an appropriate course is suggested. This helps greatly with the sales funnel for the edtech product. And it’s just fun to take online quizzes. 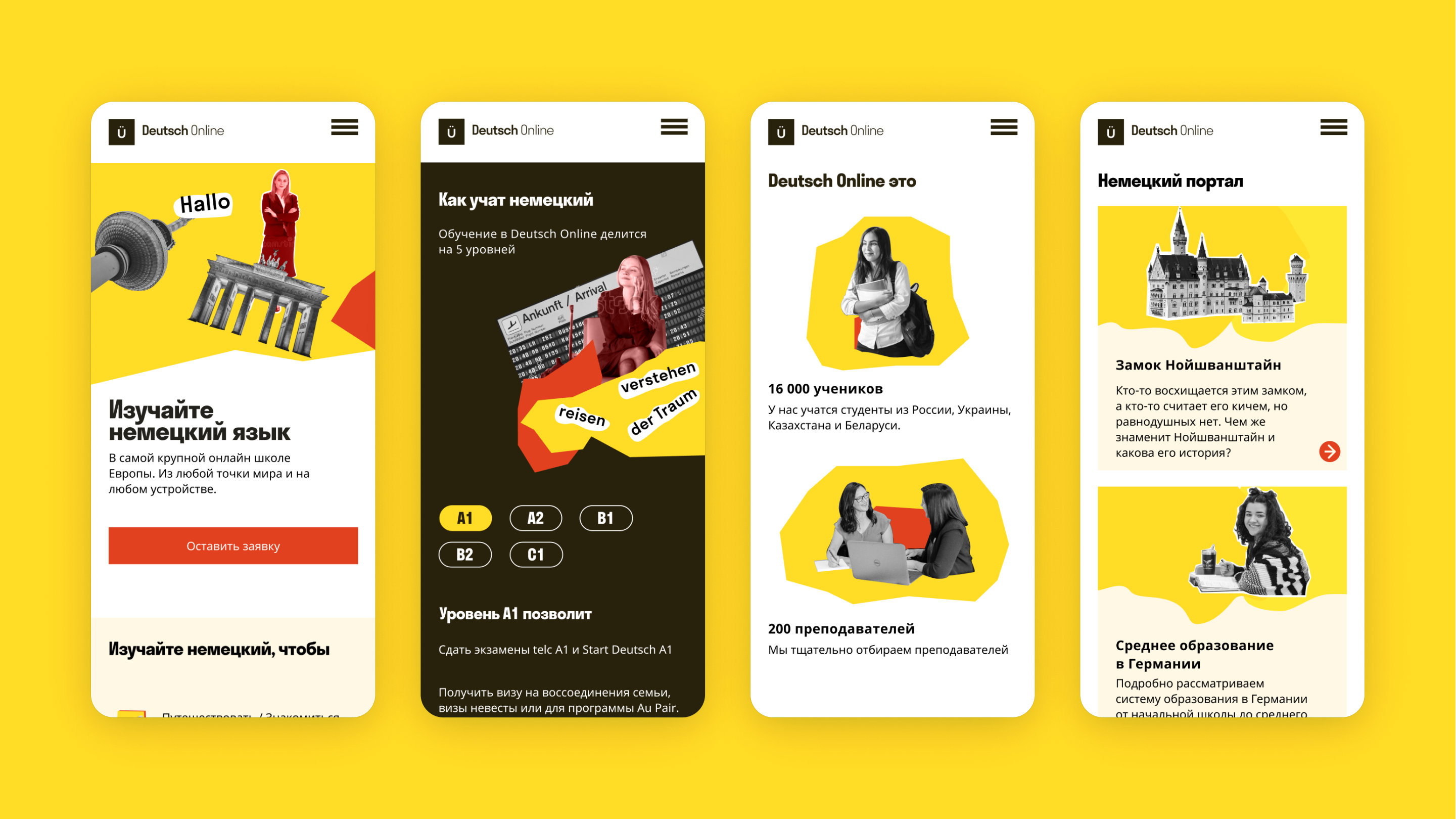 A whole article about Germany without a single joke about Kraftwerk or beer. Must’ve picked up some German restraint along the way. Keep up with us on our LinkedIn and check out this project on Behance. Danke. 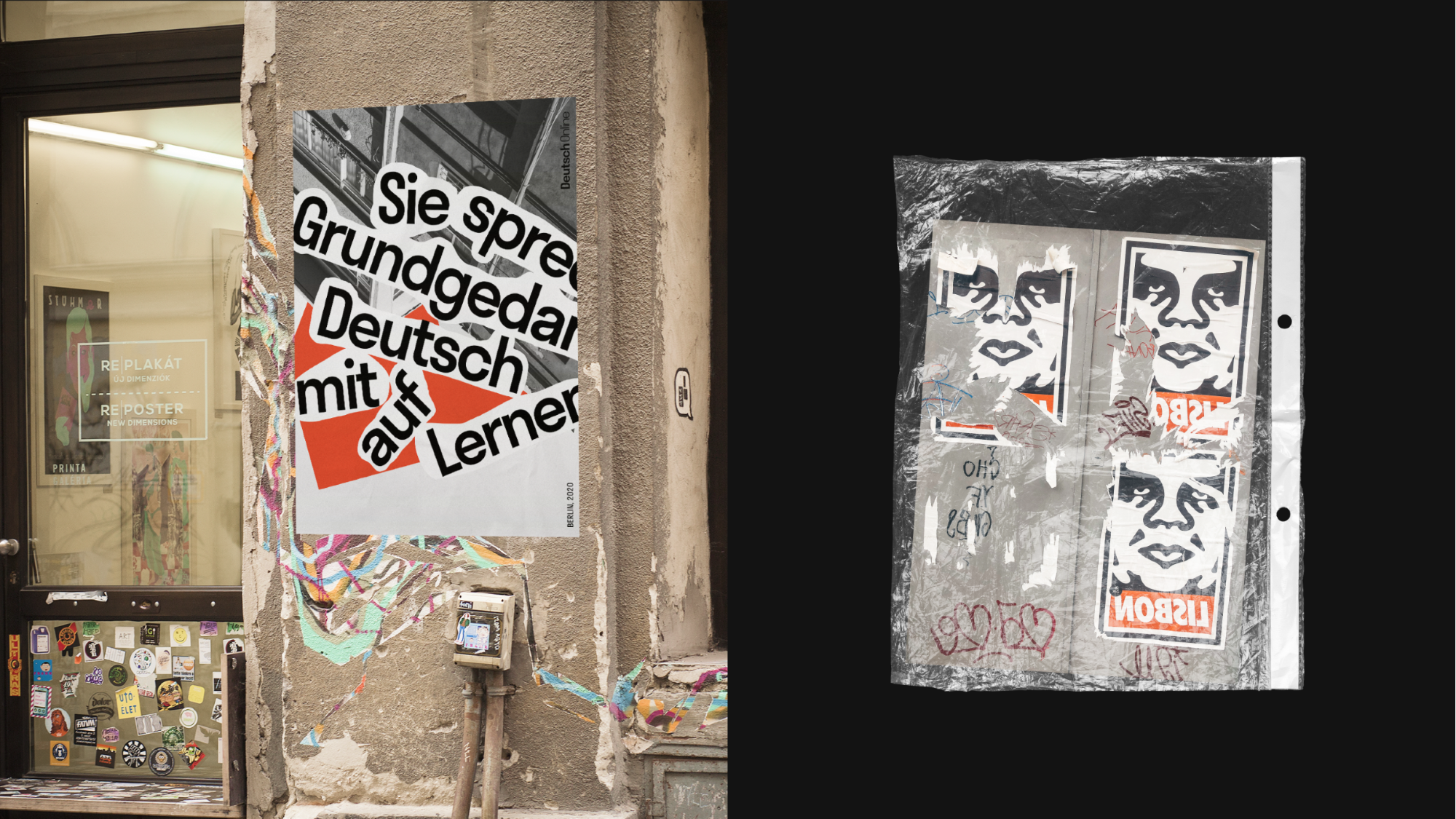